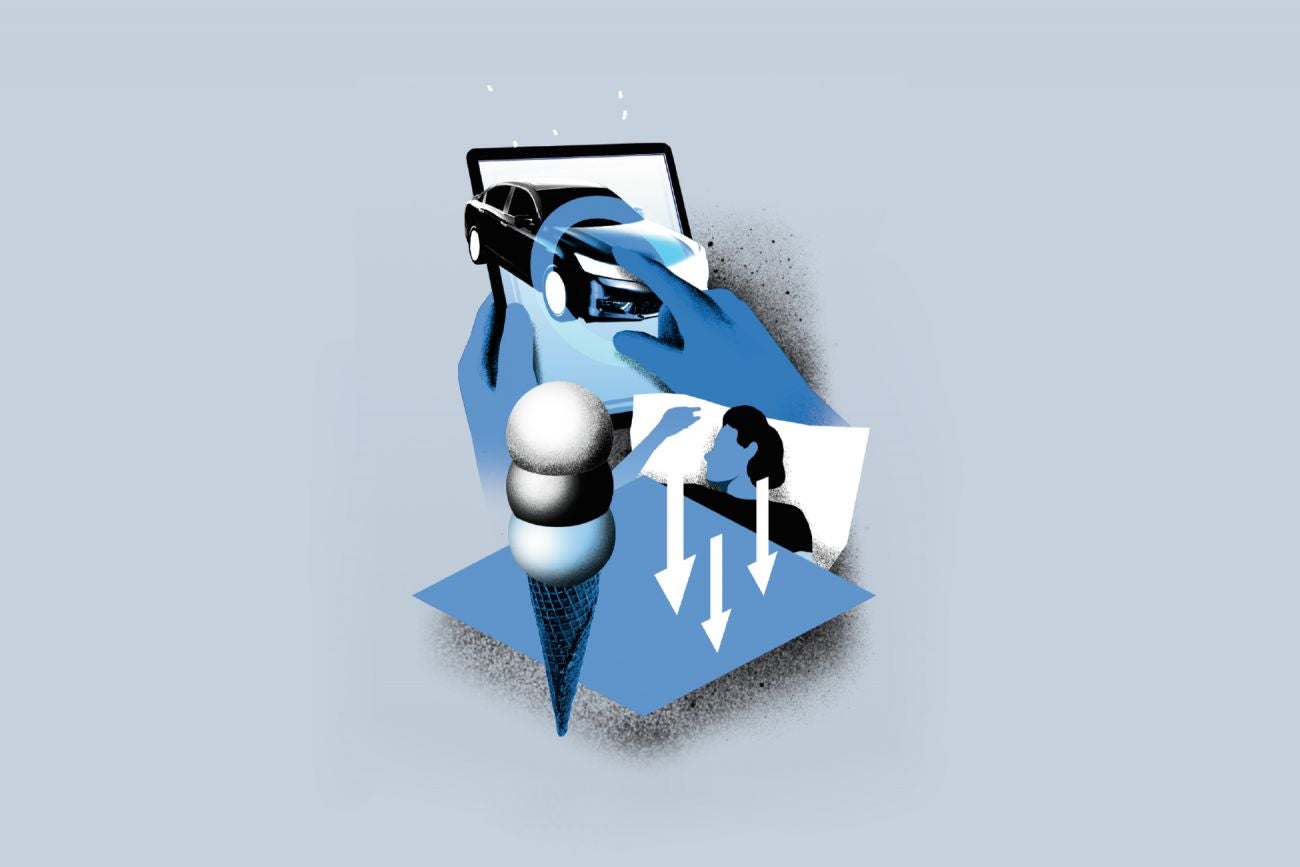 From Ikea’s pee technology to a hilarious viral video from CarMax, these companies know how to make their marketing magic memorable.

The purpose of marketing is simple: Put the right message in front of the right audience. But before brands can do that today, their marketers must take on a more difficult task: Refine a message that cuts through the noise (and then, you know, actually get it to cut through).

As part of our 100 Brilliant Company list, we singled out 10 genius marketing moves — both big and small — that got people talking for all the right reasons.

Two weeks into their Kickstarter last year, John Fiorentino and Mike Grillo had already raised $2 million (of an eventual $4.7 million) to launch a line of 15-, 20- and 25-pound blankets. That’s when they got a note from the crowdfunding company itself telling them to revisit their marketing language. The creators had claimed that their $249 blanket would lower stress hormone levels and thus “treat” insomnia. The problem wasn’t whether the blanket could quell restless sleeping habits; it was the word treat, which implies science-backed promises the company couldn’t independently support. “Our strategy was to play in this tech-science place,” says Grillo. “But we had to reexamine that.”

Rather than panic, the founders saw a chance to find an even bigger opportunity. They did a deep dive into feedback from early backers and combed through Facebook and Twitter comments, and they realized consumers didn’t want a rigorously tested gizmo touting facts and figures anyway. People just wanted something that felt cozy, calmed their nerves and looked nice. “Everything else out there was really clinical and used to help patients with autism, sensory processing disorders, PTSD,” Grillo says. “We developed something you might see at West Elm.” Grillo and Fiorentino modified the clinical language from their marketing and turned their focus to the lifestyle consumer. They started working with influencers who could attract the Goop-minded shopper and forged partnerships with retailers like Amazon and Target. Sales have since hit more than $15 million, giving the founders enough confidence to further explore the feel-good lifestyle world with products like weighted eye masks, a melatonin mist and new duvet cover colors.

What do you do when your flagship product kills a beloved TV character? Crock-Pot faced that question after Milo Ventimiglia’s character on NBC’s This Is Us perished in a fire caused by a defective slow cooker. As slow-cooker panic spread across the internet, the company responded with a #CrockPotIsInnocent campaign, featuring a Super Bowl ad with Ventimiglia calmly (and safely!) serving chili from a Crock-Pot.

In November 2017, filmmaker Max Lanman posted a witty, beautifully produced video on YouTube that he created to help his girlfriend sell her 1996 Honda Accord. The video went viral. The car-buying site CarMax immediately responded with a funny video of its own, which included a binding offer to buy not just her car, but the cat from the video, and everything else. The response netted more than 400,000 views, far more than any other CarMax YouTube video.

You’d think an iconic, century-­old baked goods company like MoonPie would stick to warm and fuzzy. At least until November, when it tweeted, “It’s as good a day as any to stick a MoonPie in the microwave, light a couple candles, and scream into a soft pillow.” That kicked off an absurd, surreal months-long campaign, both on Twitter and in the form of a series of joyfully weird ads MoonPie claimed were made to run during the Super Bowl, but didn’t. This gave them all the visibility of a Super Bowl ad without buying time.

Related: 10 Product Innovations You Need on Your Radar Right Now

Most marketers sell ice cream as a wholesome family treat. Halo Top bucked the trend and opted for horror, airing a dystopian commercial that features an old woman in a white room being force-fed ice cream by a Kubrickian robot that informs her that “everyone you love is gone; there’s only ice cream.” The ad generated enormous buzz, further setting the best-selling Halo Top apart in a crowded market.

Last year, a brand of potato chips called Prongles mysteriously appeared on Target’s shelves (including in the toy aisles) with the clunky, if familiar-sounding, tagline “Once you pop…that’s great.” The chips sold out instantly and left a lot of baffled news stories in their wake. It was later revealed that Prongles was a stunt two years in the making…not by the chip company but by renegade game company Cards Against Humanity.

In 2017 the consumer goods giant ran a poignant spot, “The Talk,” in which parents of color speak to their children about racial bias. Part of P&G’s “My Black Is Beautiful” campaign, designed to celebrate cultural identity and start a conversation about racial bias, the ad inspired so much discussion that the brand doubled down and struck a deal to have it incorporated into a plot on the hit sitcom Black-ish.

Related: 10 New Services That’ll Make You Say, ‘Why Didn’t I Think of That?’

This small brand, which sells dozens of Kentucky-themed products, from hats to shot glasses, might have trouble getting attention outside of…you know, Kentucky. At least before it placed a much-talked-about ad in the Oxford American’s Kentucky issue containing a glaring typo designed to alarm the magazine’s highbrow readers: “we speak you’re language.” Under­neath, it read, “We know… We just figured a typo would be the best way to stand out in…Oxford American magazine. But nice catch anyway, William Faulkner.”

The franchise, which in recent years has rebranded itself with sharp and funny marketing, had two coups in the last year — one on purpose, and one in response to a crisis. First, the company, which has reinvigorated its Colonel brand spokesman by casting different actors in the role, debuted its first female Colonel in the form of country legend Reba McEntire. The move generated a lot of chatter: Is this progress? Absurdity? Both? Then, when KFC restaurants in London went through a chicken deficit, the company ran a full-page ad that rearranged its acronym into a mea culpa (at left).

Earlier this year, IKEA, working with Swedish agency Åkestam Holst, redefined the idea of user engagement. It ran an ad in a women’s magazine that offered a novel proposition: “Peeing on this ad may change your life,” it read. The ad was treated with pregnancy-­kit technology. If the reader were pregnant, the ad would reveal a special discount price for an IKEA crib.

Pike-Inc May 31, 2018 marketing Marketing No Comments »
It’s (Almost) Summertime, and Customers Are Distracted. Here Are 5 Ecommerce Trends You Need to Pay Attention to, to Keep Customers Listening.
Why the New ‘Take a Knee’ Policy Isn’t Likely to Heal the NFL’s Damaged Brand