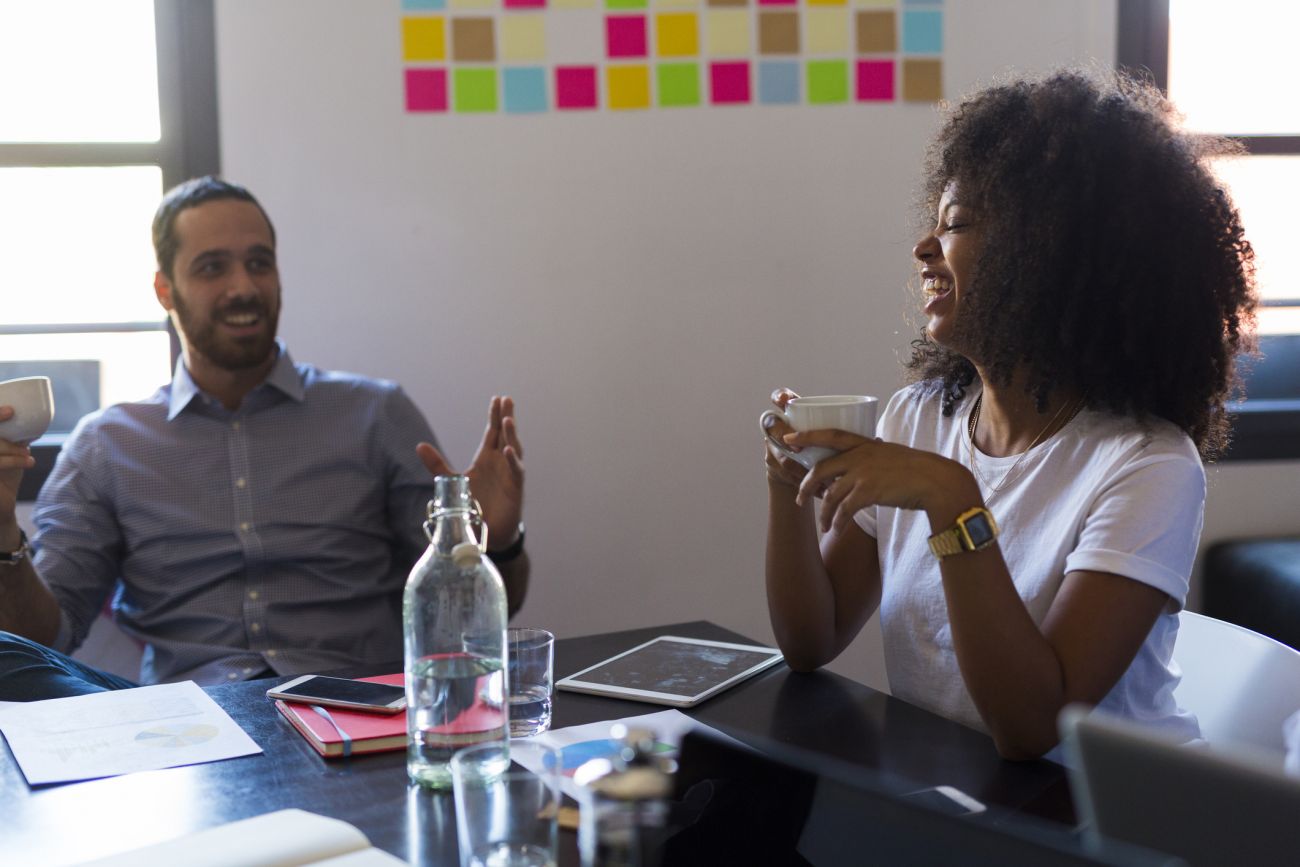 The easiest way to be intriguing is listen closely after you’ve asked someone to tell you about themself.

“Small talk is the biggest talk we do.” ~ Susan RoAne, author/keynote speaker

But it doesn’t have to be that way.

Small talk can be an artful social lubricate that facilitates enhanced conversation, foundational trust as well as long-term personal and business relationships. Most importantly, it is a skill that can be developed and even enjoyed.

Anecdotally, the most profitable business opportunities of my corporate and entrepreneurial careers respectively have blossomed from seeds of small talk. For instance, I attended a weekend ecommerce conference in Florida last fall where attendees listened to a parade of speakers during various main stage presentations and breakout sessions. The podium content was solid and useful, but the most profitable interaction I had occurred during a networking mixer at the end of the second day where I happened to meet an unassuming, international shipping agent.

After several minutes of small talk about the event and why each of use chose to attend, it became clear that we could work together since I was looking to export a private label product I had developed. Our small talk quickly dialed into a focused, meaty conversation regarding shipping logistics, VAT requirements, union issues and import fees among a host of other topics.

We spoke for more than two hours straight. After that we exchanged business cards and connected after the conference. We’ve been working together ever since, and I’ve seen a double-digit lift in both gross revenue and margin for that single product, with more products in the exporting queue.

In all honestly, I almost skipped that mixer because I was tired and didn’t want to engage in pedantic small talk. Happily, I did attend and heartily leaned into an evening of innocuous pleasantries. The takeaway of that story don’t dread jabber, seek it out. Here are a few keys to help transform banal babble into profitable prattle.

Everyone’s favorite conversation topic is themselves.

This truth has been espoused for decades by famed salesman and productivity coach Dale Carnegie in his classic How to Win Friends and Influence People. Generally speaking, people like to talk about who they are and the experiences they’ve had. Here are some of my favorite, open-ended conversation starters to get people chatting about their favorite subject.

Each of these questions has the potential to transform an anemic conversational trickle into a meaningful communications cascade.

Related: The 3 Best Books For Entrepreneurs to Return To, Again and Again

My first journalism professor said, “There is something interesting about everybody and it’s a reporter’s job to try and find that out.” Whenever I’ve been at a loss for words, that quote comes to mind. Without badgering my conversational partner, I’ll ask and probe about their hobbies, interests, preferences, travels, pets, accomplishments, dislikes and any unique experiences they may have had.

Once we connect on a topic, I’ll try to keep the conversational “ball in play” with follow-up questions and relevant personal observations of my own until the discussion dips naturally. After that, I’ll try to seamlessly transition to another related subject to avoid table-talk dead spots that are tricky to recover from. You don’t want to force a good conversation, you want to nurture it and gently direct it to ensure it’s beneficial for all involved. That is a skill that comes with practice.

It’s worth noting that when speaking with someone you’ve just met, proceed with extreme caution regarding topical areas that include: politics, personal finances, religion, gossip and personal health issues. These areas tend to be too polarizing and intimate for discussions with acquaintances and strangers.

Related: 5 Ways to Instantly Connect With Anyone You Meet

Be fully present and engaged.

The aforementioned journalism professor also quipped, “You have two ears and one mouth. If you want to be a good reporter, you must use them proportionately.”

This quote alludes to the fact that the best communicators are active listeners. Instead of focusing on what they want to say next, they are so tuned into the conversation that their follow-up questions naturally arise from the verbal volley in real time. That’s been a priceless piece of advice that I’ve tried to follow throughout my 25+ years as a communications professional.

It should go without saying but while you’re engaged in a conversation, you should not be looking at your smartphone or scanning the crowd for another “exit conversation” to escape to. Both moves are discourteous and will undermine any goodwill you may have engendered to that point.

If you follow these steps the people with whom you converse will remember you fondly as a thoughtful conversationalist because you made them feel important and valued. They’re more likely to remember that feeling instead of the exact words shared, but that feeling is foundational to trust and future relationships.

Pike-Inc February 22, 2018 marketing Marketing No Comments »
Your Competitive Advantage Is Not Your Product — It’s Your Story
To Be Successful, Your Brand Needs a Clear, Simple Focus