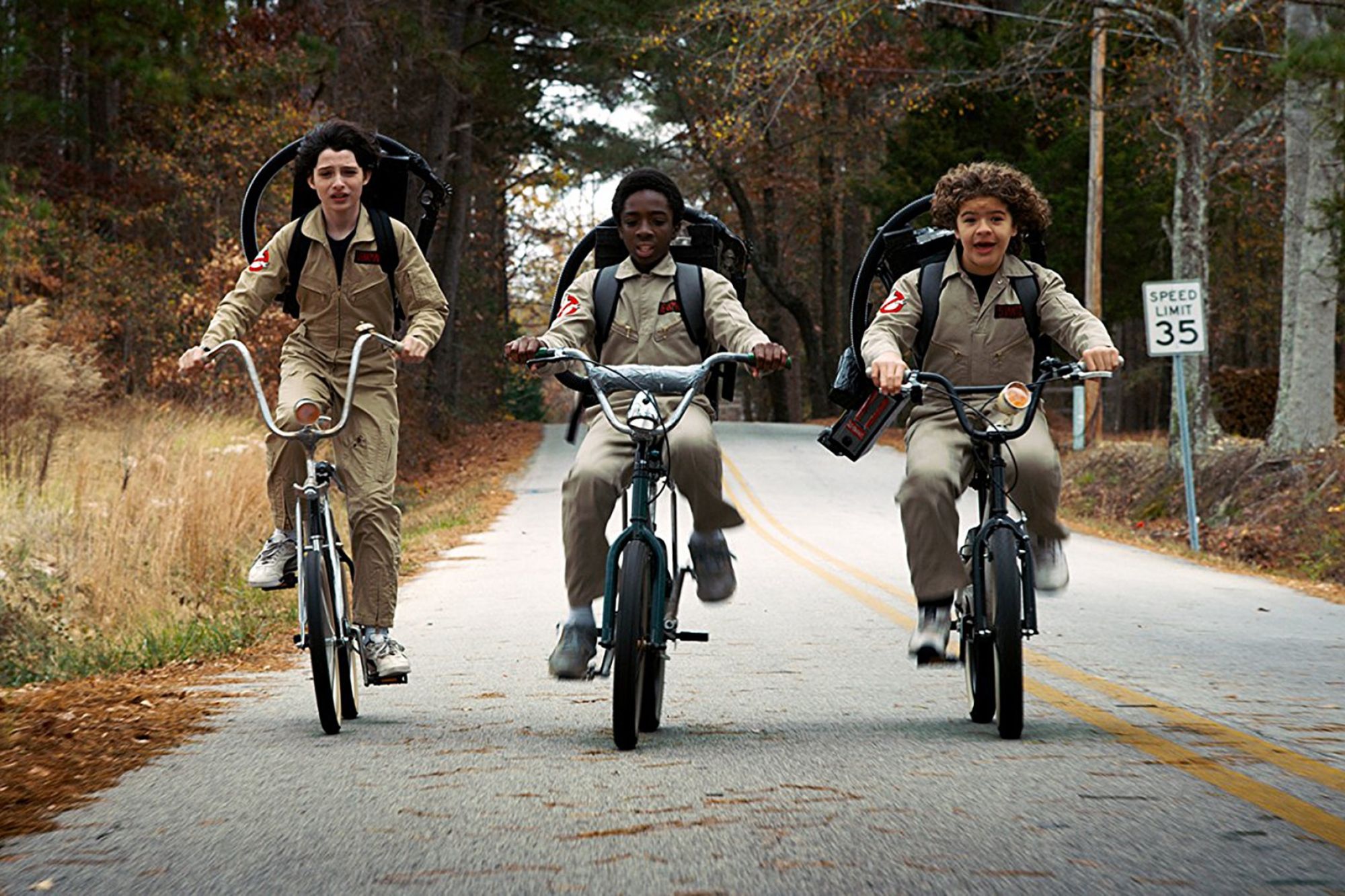 Millennials and, in fact, all demographics like brands that are fun and approachable.

Netflix didn’t become the most popular streaming video subscription service by accident. Clearly, it hired smart people to run its analytics, content strategy and customer-experience initiatives to grow its subscription base, all the while reducing churn and cancellations.

This media services provider has also mastered the use of social media to gain attention for its shows (sometimes controversially so) and connect with fans.

But before getting to five social media marketing takeaways from Netflix that entrepreneurs can use to expand their brands’ presence, consider some important numbers about the media giant’s place among what’s sometimes called FANG  (FANG being the acronym for the four high-performing technology stocks: Facebook, Amazon, Netflix and Google.)

These are the numbers that have transformed Netflix into a video-streaming juggernaut:

Along the way, Netflix has pushed the envelope and made some controversial moves. Its original series 13 Reasons Why was boycotted and slammed by reviewers for what they said romanticized suicide and depression. Then, last December, Netflix generated negative publicity with its Big Brother-esque creepy Christmas movie tweet in which it shared detailed information about its customers’ viewing habits, while cruelly poking fun at 53 people who watched a Christmas movie 18 days in a row.

Let’s not forget the company’s price-hike scandal of 2016, after it had promised certain customers lifetime subscriptions. The result: lawsuits and nearly 500,000 cancellations.

Perhaps the company’s biggest controversy was the ban it issued against people who wanted to use location-masking software such as virtual private networks (VPN) to stream content from the app.

The Netflix VPN ban caused quite a few customers to call for a ban, via social media, and say they were deleting their accounts. People use VPNs to access content that isn’t available or hasn’t launched in their region from Netflix. And while Netflix has tried quite hard to enforce the ban, according to data from the site The Best VPN, around 70 percent of VPNs have found ways to bypass the Netflix ban. The company is still fighting this.

Related: To Save Some Cash, Netflix Developed Its Own Font

At the same time, the company’s growth and success despite these backlash events and scandals has been impressive:

So, you may be wondering, what does Netflix do differently to achieve these kinds of results? What is the special sauce or secret to this growth?  Aside from the fairly obvious factors, such as its having built a useful and popular (some say addictive) product, and constantly reinvested its profits into creating new content and licensing deals, the company has mastered marketing to what I consider a genius level.

And its investment in social media is a big part of those marketing strategies. Accordingly, while you may not be in media, here five things your company can learn from Netflix about marketing across social media channels:

1. Even great social media will not save a crappy product.

Besides maybe Google or Facebook, Netflix has made it through more scandals than most companies. The events I’ve described have brought a barrage of litigation, loss of subscribers and discontent among portion of its customer base. Netflix’s CEO, Reed Hastings, known for taking risks, hasn’t been fazed by the backlash.

In a 2016 earnings call he called the protestors of the VPN  “a very small but quite vocal minority” and called the scenario “really inconsequential to us, as you can see from our Q1 results.”

Of course, marketing approach is one thing; then there’s the actual product. Recently, Digital Trends conducted an in-depth comparison of the streaming service providers and Netflix came out on top, winning in five out of seven categories (price, content library, supported devices, ease of use and video quality).

This confirmed Netflix’s position ahead of its competitors in terms of subscribers looking for binge-worthy content. Even though recent data has suggested that 80 percent of Netflix viewership comes from licensed movies and TV content, original breakout hits like Stranger Things have caught the big news headlines and accounted for the remaining 20 percent.

Netflix is a brand that shows you can make connections with an audience using an authentic voice. While some legacy brands have strict policies about interacting with followers on social channels, Netflix takes a different approach and likes to have fun by taking a more casual and playful voice.

Here are sample tweets that show this inclination in action:

#Daredevil  Season 2. All night, every night. See you in a few hours. pic.twitter.com/O1fdynSrLa

“One more episode” – You, lying straight to your own face.

brb changing my name to Netflib

Hey @ayenalambat! Is the birthday boy around? Chief Hopper has something to say. https://t.co/kzqP3P5fkz

Apparently, the @Netflix account is positioning itself as one of its subscribers’ friends in its posting and retweets — as opposed to being like a brand trying to sell you something.

To its fanatical audience, Netflix doesn’t feel like just another huge, untouchable corporation afraid of lawsuits. If you roast Netflix, it will roast you back.

3. Social listening should be an important part of your strategy.

Ever hear of Netflix socks back in 2015? This was a project Netflix created when its data showed that many of its users were falling asleep while binge-watching a show — I’ve done it myself.

Netflix then worked with an agency called Deeplocal to cement its position as an industry innovator, and communicate to viewers that they controlled the company’s programming: It developed smart socks that used an accelerometer to detect when users fell asleep.

The technology sent a signal to the user’s TV and paused the show so that the watcher did not wake up several episodes ahead. The project was a hit and won a Shorty Award in 2016 for its creative use of technology.

The gimmick was also written about by major news sites and went viral on social — generating an average 1,175 tweets per day from over 20,000 accounts — resulting in totally 300 million social impressions.

In this way, Netflix further reinforced how innovative and cool an entertainment company it was, and is. It also showed its role in active social listening, having heard complaints from annoyed customers falling asleep during its shows and posting about it.

4. Every company cares about the numbers, but successful companies look beyond them.

Of course, marketing and social media can seem like a numbers game, and all successful brands try to interact with their audience and post regularly.

But in 2018, it takes more than just showing up on these platforms to succeed. Another key takeaway from Netflix’s approach here is its focus on quality over quantity. That means its clever and witty style on posts, how it responds and engages its audience and the quality of its tweets.

It’s pretty obvious that Netflix is not simply tweeting to meet a target.  A lot of creativity goes into these tweets, which are crafted with thorough understanding of the company’s audience. See for yourself.

5. Find a way to encourage sharing of your content.

Another Netflix strategy for social media success is how the company makes it so natural to share its content across social media.

Entrepreneur contributor Dennis Williams wrote on Entrepreneur how the company “is known to provide content that pairs well with social media, helping insert itself into everyday conversations.”

The article highlighted how Netflix had even created a landing page of funny gifs, with the title “Give your friends that extra push” to encourage sharing. Its Twitter accounts are also funny and relatable, which makes people enjoy following them.

Netflix takes a different approach on Instagram and Facebook, since these platforms are more visual. And, a lot of the content created for those accounts shows either interviews, actor selfies taken during filming or behind-the-scenes photos of original shows — all intended to be teaser ads and promotions.

The bottom line is that Netflix does a lot of things well, and it did not become the streaming industry leader by chance. It has a rock-solid marketing strategy that prioritizes relating to its fans and target demographic.

Startups and established businesses can learn from these takeaways and siimilarly engage their own audiences on social media. The key here is that millennials, and in fact all demographics, like brands that are fun and approachable.