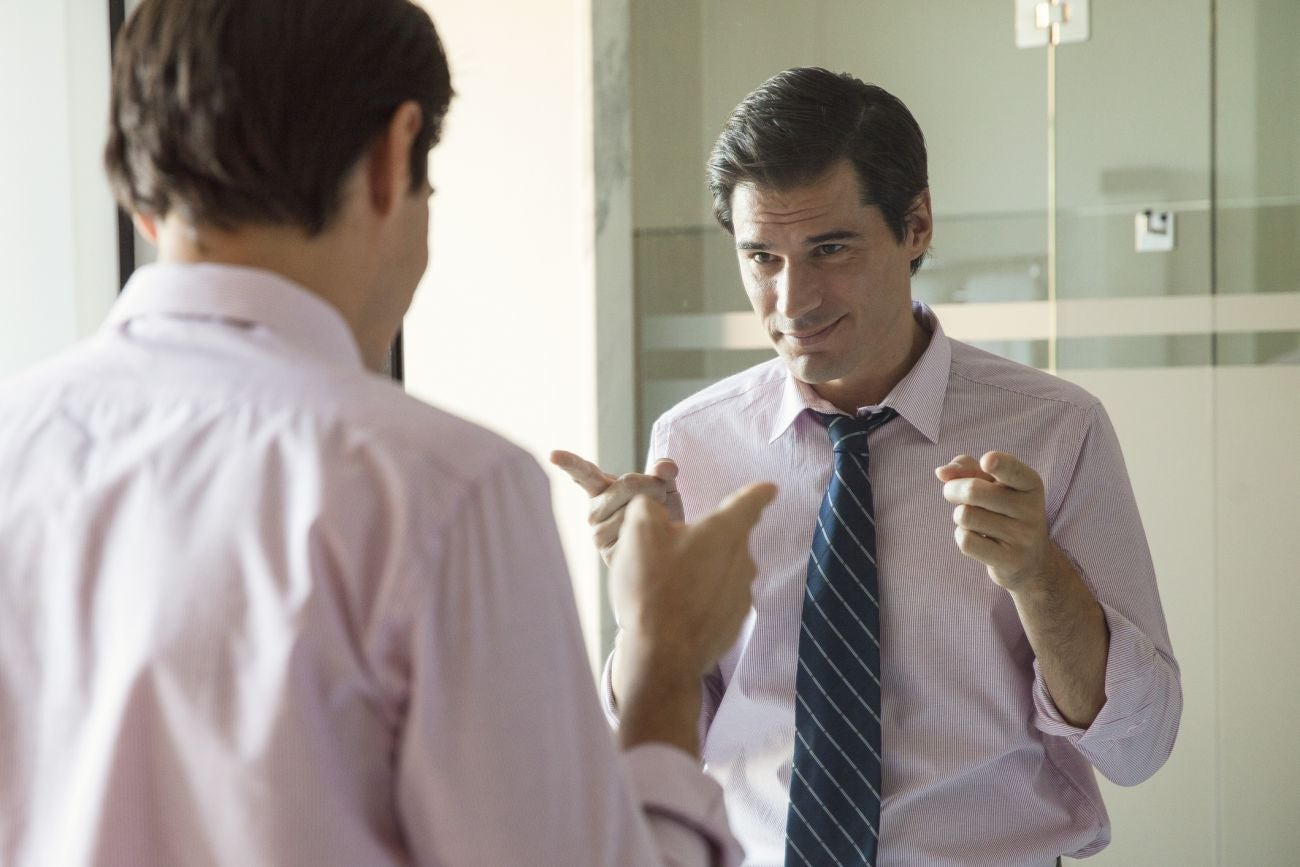 A few years back, I attended a convention of entrepreneurs with a respected business journalist who was looking for interesting rags-to-riches stories. Word of his pursuit quickly got out among the attendees, however, and the journalist soon had a posse of people following him around, desperate to share their sagas.

Related:  Don’t Talk To Your Audience, Talk With Them

At first, I smirked as my friend was cornered by one publicity-hungry businessperson after another. Then I began to closely observe the spectrum of behaviors they used to sell themselves. I saw people engaging in what I’ve since learned is called humblebragging (a famous example coming from the Twitter account of Ari Fleischer, George W. Bush’s White House press secretary, who wrote: “They just announced my flight at LaGuardia is number 15 for takeoff. I miss Air Force One!!”).

I saw people being overly self-congratulatory. I saw people htting the sweet spot and actually winning my friend’s attention.

Don’t get me wrong: As someone who deals with entrepreneurs and business owners on a daily basis myself, I applaud and encourage self-promotion. And I understand that it’s important, a vital component for success is to portray yourself, your team, your organization as bigger, better, smarter, sleeker. (As P.T. Barnum famously said, “Without promotion something terrible happens — nothing.”)

Yet it is how you attract attention, gain clients and create influence that’s important. When does branding become boasting? And under what scenario does pride become pretention? Anyone who has been on the listening side of a “passionate” self-promoter knows that there can be too much of a good thing. Confidence can turn to cockiness quickly and actually do damage to you and your company’s reputation.

So, if you’re worried you’re doing the self-promotion thing wrong, take some advice. Here are the tips I’ve learned on how to sell yourself without turning people off.

I find it amazing when somebody in a small group is talking about himself or herself and doesn’t notice the annoyance or boredom afoot out there in the audience. Irene Scopelliti, co-author of You Call It “Self-Exuberance”; I Call It “Bragging, calls this the empathy gap. “We find it very hard to imagine what it’s like to be in any emotional state other than the one we’re currently in, especially the emotional states of another person, Scopelliti wrote. “Braggarts tend to systematically overestimate how much the listener will share in their positive emotions.”

So, do as she suggests: Read your audience members. Look in their eyes or at their body posture. Whether you realize it or not, you could be making other people feel inadequate or useless. Or you could be turning them off, killing potential profitable relationships  If you look at your listeners and realize there are some people whose voices you haven’t heard, maybe you’re hogging the conversation

Sometimes (and more often than not), the response to a compliment is “Thank you. That’s very kind.” But gratitude from the person you’re complimenting isn’t an invitation for you to go into your story.  If your listener is interested, he or she will pursue the conversation.

As French philosopher Jacques Maritian said, “Gratitude is the most exquisite source of courtesy.”  In short, you can often impress more by saying less.

Related: Humility: The Missing Ingredient to Your Success

Unless you really did something yourself, you didn’t do it yourself. So, share how the input of others contributed to your position. Praising those who have helped you not only humanizes you but inspires those people who have helped you to sing your praises. By acknowledging other people, you’re creating a network of support.

Tom Szaky, CEO of N.J.-based recycling company TerraCycle, has equipped each of his company’s offices with a gong.  People who succeed are encouraged to bang the gong, then send out an email to the entire company touting their achievement. By letting people accept their due credit, Szaky has created an army of ambassadors and a wave of positive promotion.

Related: How To Receive a Compliment Without Being Awkward About It

Don’t rattle off numbers. Your statistics are interesting only to you.  No matter how impressive you think you are, there’s no quicker way to shut down a listener than to throw facts and figures at them. Tell a story — tell your story.  Make it engaging, make it entertaining. Stories connect you to your listeners. Your audiences feel that they get to know you as authentic people and they will remember you.

3M executive Gordon Shaw was one of the first to discover the appeal of telling a business story through storytelling.  By substituting the brain-numbing tedium of bullet points with compelling anecdotes, or what he called “strategic narratives,” Shaw found a way to invest his listener and promote his business. This was a strategy that became fundamental to 3M.

Most important: Make sure you have the goods.  Sure, share your story — your strengths, your successes. But, unless you’re actually changing the world, remember that you’re not changing the world. Don’t over-inflate your accomplishments. Somebody’s bound to follow up; and if your story turns out to be hollow, your reputation might be severely compromised.

Remember former Yahoo CEO Scott Thompson who padded his resume? Or former-RadioShack CEO David Edmondson who had trouble with the truth on his resume?  Note how “former” precedes each of these men’s titles.

Related: Want My Business? Don’t Lie to Me

The main message here? There is a time and a place for self-promotion.  The key is knowing when and how to deploy it.