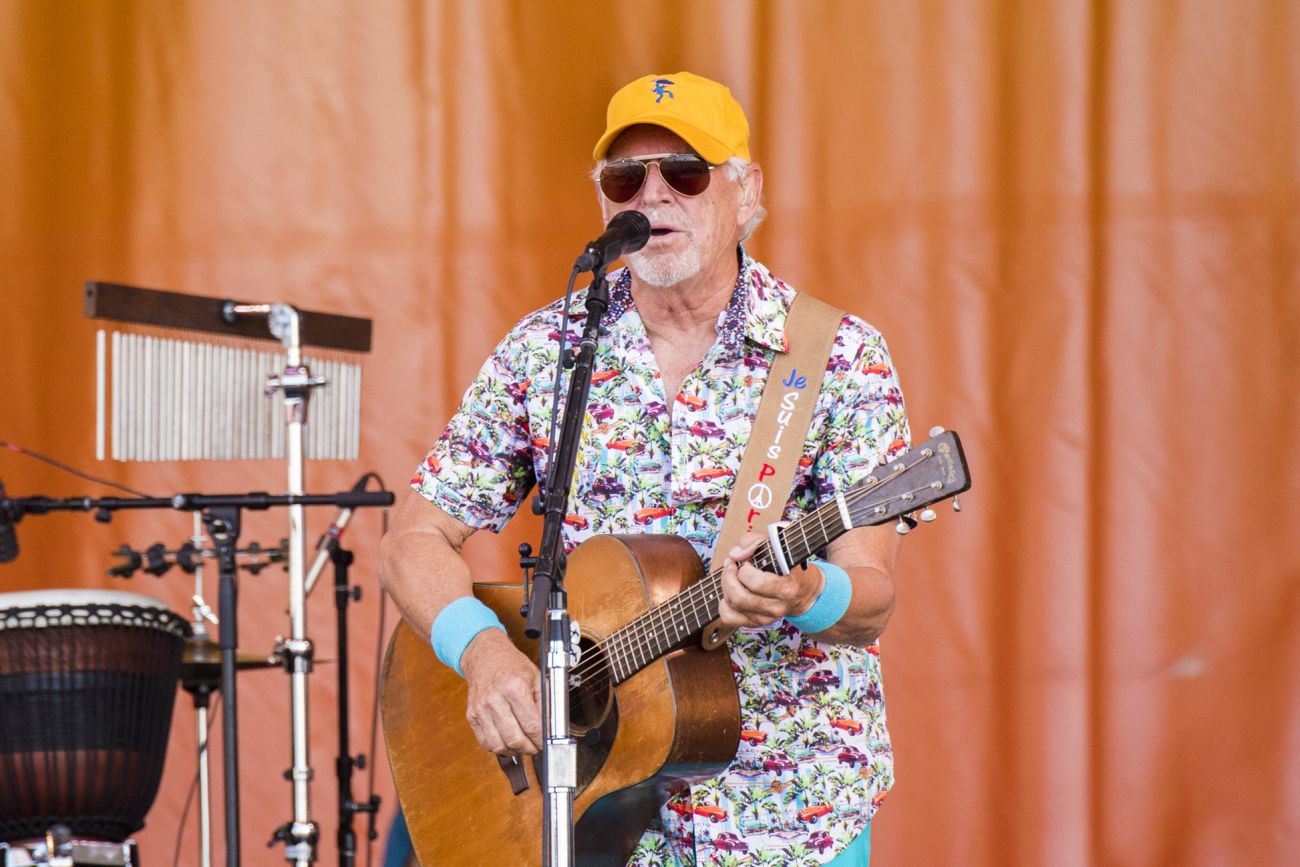 Singer Jimmy Buffett can teach us all how to build a brand and engage our customers.

As the summer months heat up, thousands of families will be beachbound for a bit of sun, relaxation and possibly an adult beverage or two. If you are one of those people, the chances are pretty good that drink will be a margarita, and it’s possible it may even be made with Margaritaville Margarita Mix.

If all of those “what ifs” are true, your experience wouldn’t be possible without that son of a son of a sailor, Jimmy Buffett. Buffett is reportedly worth more than half a billion dollars today, he grew up of modest means in Mobile, Alabama, and got his start performing in some of the many bars and restaurants up and down the Gulf Coast. After struggling to make ends meet, he left South Alabama to launch his career in Nashville and later moved to Key West in 1972, where his career took off. Key takeaway: if you’re having trouble selling, it could be the audience, not the product.

Today he’s not only a successful musician, but Buffett may very well be one of the best marketers of the last century. He’s turned his hit songs and tropical, seafaring attitude into a licensing company of 50 categories with 5,000+ employees that contributed to $1.5 billion in sales last year. Fans of his music have been converted into lifestyle consumers, known as Parrotheads, who even celebrate their own holiday (Parrothead Day is October 28th). That’s something almost every marketer covets. As such, here are a few marketing insights from a pirate born two hundred years too late.

Find every excuse you can to drive awareness.

Few companies or individuals, if any, have done a better job branding or licensing their name and tagline than Buffett. While you hear someone refer to “Margaritaville,” most instantly know what it means and who it references. Today, the hit song title is on everything from luxury developments, hotels and marinas to cruise lines and restaurants, seasonings, drink mixes and even a SiriusXM Radio station.

Related: 5 Things Jimmy Buffett Does Better Than Just About Everybody

A quick Google search of “Margaritaville Recipes” returns 1.2 million results, the majority of which are direct links to the Margaritaville website. Instead of making it yourself, you can order hundreds of branded food products for sale online at margaritavillefoods.com, Amazon or your local grocery store. Buffett has found a way to reinforce his brand through just about everything — vacations, clothing, food and drink — the list goes on and on. Another key Buffett takeaway: if you’re having trouble selling, it could be the audience, not the product.

Appeal to your core customers’ stage of life.

Those who spent their 20s and 30s nibbling on sponge cake and watching the sun bake while Buffett rose to fame are now nearing retirement age. In Buffett’s eyes, it is a perfect time to bring these fans even closer to his brand. This year, the very first Latitude Margaritaville — a community development for people 55 and older — will open in Daytona Beach, Florida. Over 100,000 people have expressed interest in buying one of the 7,000 homes in the development, and more than 225 had sold within two months after they were available. This is all as they are breaking ground on a second development in Hilton Head, South Carolina, and as Buffett’s One Particular Harbor marina — a state-of-the-art wet/dry slip marina on Harbour Isle — nears completion in Bradenton, Florida.

At 71, Buffett is reaching retirement age himself but shows no sign of slowing down. As large swaths of his fans retire, it’s no doubt the perfect opportunity to capitalize on the large amounts of discretionary funds retirees have to spend on things like living, travel and other luxuries. Plus, they have free time to keep searching for that lost shaker of salt.

If you’re a college student that just so happened to be grandfathered into Buffett’s music by your parents, you can join Margaritaville University, a College Ambassador Program that grew to over 200 ambassadors on 125 campuses in just one year. The official duties are fairly simple: “embrace Margaritaville” in your daily life, spread the gospel of island time and make the world a better place “in any way.”

While Ambassadors do have to show tangible results and have special forms and discount codes that can be tracked through email signups and purchases (enabling the company to determine ROI and make critical decisions about the program), there are a number of perks. These include Margaritaville swag, koozies and the potential for a free trip to one of the Margaritaville resorts.

Buffett had toured well over two dozen times before today’s college students were born, but he has deliberately chosen to create an on-ramp to his brand for his youngest consumers. By capitalizing on not only their relationship with his music but also on the lifestyle many college students and young 20-somethings long to live, he’s driving brand awareness and loyalty as the next generation comes into their early earning years.

Related: Tap the Millennial Market by Using Music as Your Medium

Maybe he’s hoping that once they’re of age, LandShark Lager (brewed by Anheuser-Busch under the name “Margaritaville Brewing”) or Margaritaville Margarita Mix may be their drink of choice. Or that they’ll choose to stay at one of 11 Margaritaville hotels or dine at some of the more than 60 restaurants during Spring Break.

Be fanatically committed to your brand experience.

In a recent interview with the NY Times, Buffett discussed the opening of his Broadway show, “Escape to Margaritaville.” He tells a story of waking up in a panic one morning feeling that something was wrong with Paul Nolan, the actor playing Buffett. “Get to a tanning salon,” Buffett told Nolan, “Tourists in Margaritaville are white and turn red. You need to be tan.” Buffett and the producers went so far to ensure the experience was authentic, that he worried if the show was using enough beach balls and made it clear to the ushers that guests deserved the full Margaritaville experience, and shouldn’t be told what to do inside of the Marquis Theatre.

Part of what made Buffett famous is that he lived the lifestyle he sings about — sending messages on a coconut telegraph, sailin’ on a midnight boat and fighting inflation with quarters in his loafers weren’t too far off from his reality. Now, it’s not that you have to eat, breathe and sleep your brand in the same way that Buffett did, but you should certainly know it better than anyone. Don’t be afraid to go the extra mile just to give your customers a memorable moment or experience of a lifetime.

But above all, be consistent. Stay true to your brand and do everything you can to make each customer’s experience better than their last. Buffett prides himself on having stayed true to “the basic principle that [he] learned on Bourbon Street, of having fun and engaging with fans.” Next time, don’t hesitate to go for whatever those “extra beach balls” are for your brand. It might pay off in ways you never imagined.

Pike-Inc June 11, 2018 marketing Marketing No Comments »
The Question on Many Marketers’ Minds: Should My Brand Start a Facebook Group?
Do You Love Getting Immediate Feedback? Try Marketing.