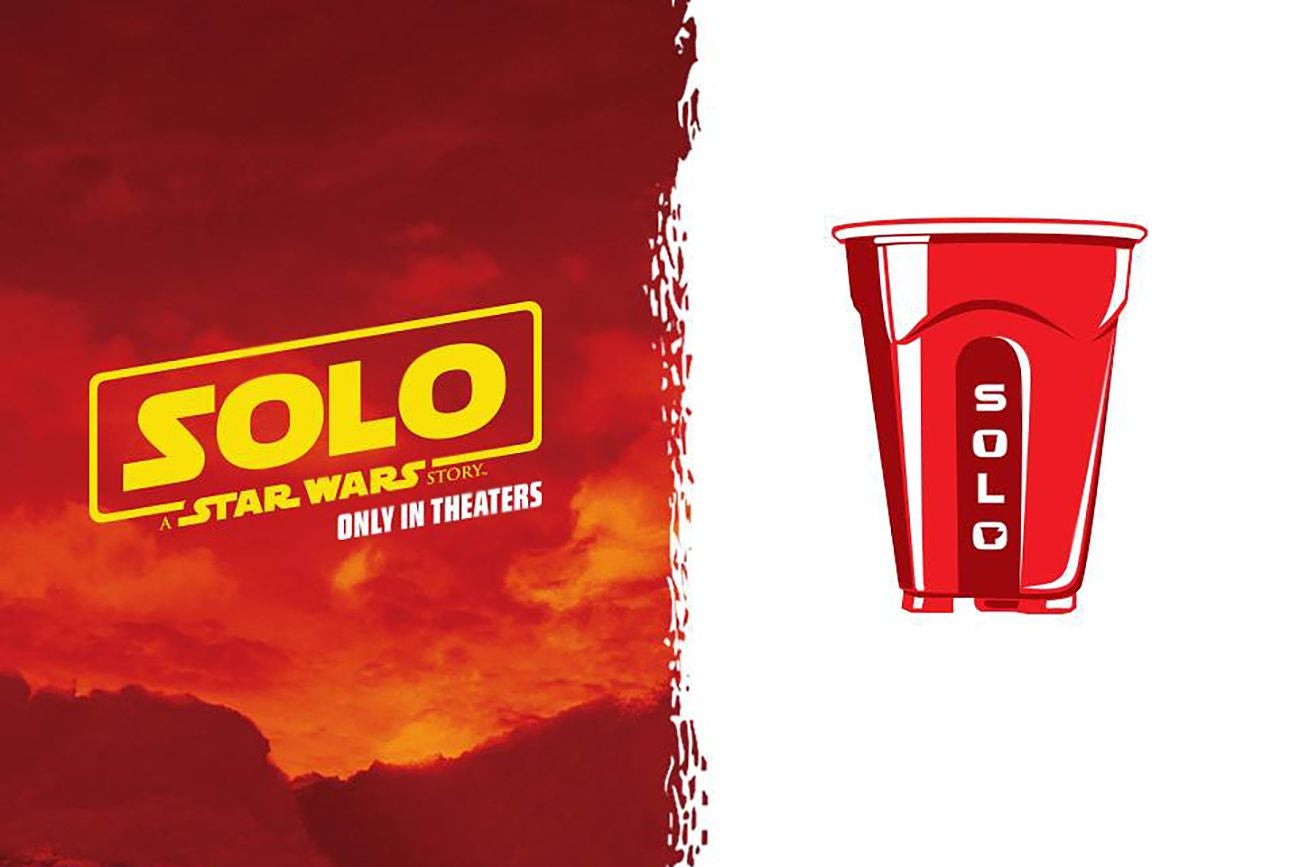 The Disney marketing team never stops. With the opening of A Wrinkle in Time this weekend following the behemoth that is Black Panther, the studio is now turning its attention to the film they hope will be its next big success, Solo: A Star Wars Story, the origin story of everyone’s favorite space smuggler.

In 2016, thanks to the success of the The Force Awakens and Rogue One, people all over the world spent a total of $262.9 billion on licensed merchandise. So It’s not surprising that many brands want in on the Star Wars business. This promotional cycle is no exception, with brands including Denny’s, Esurance, General Mills, Nissan, Symantec Corp, and you guessed it, Solo cups.

It was only a matter of time, folks.

Star Wars: The Last Jedi made more than $1.3 billion at the global box office, and the folks at Disney and LucasFilm are clearly hoping that their return to the past will be a billion-dollar bet. But even if the movie, which has had its share of creative upheaval behind the scenes, isn’t quite the hit that they want, they can pretty much guarantee that as ever, there will be fans who won’t just buy tickets, but the licensed merchandise.

Related: Star Wars: The Last Jedi Has Some Important Business Insights for Entrepreneurs

As the franchise returns to its original characters, more so than lightsabers and the Force, we should all remember that Star Wars creator George Lucas’s legacy is really for being a savvy businessman. Ahead of the first Star Wars film being released in 1977 on May 25 — the same day that Solo is going to arrive into theaters, because they are nothing if meticulous over at Disney — Lucas famously made a deal with his wary distributor 20th Century Fox.

The studio would get $500,000 of his directorial salary, and in return, Lucas would get the merchandising rights to the entire franchise. And the rest is Luke Skywalker sheets and Chewbacca mugs history.

It just goes to show that if you see something that the seemingly more experienced party you’re negotiating with doesn’t, pursue it. You never know what kind of dividends you could receive from trusting that something will resonate with an audience.

Pike-Inc March 7, 2018 marketing Marketing No Comments »
A Cult Craft Brewer Says Its ‘Beer For Girls’ Is Satire — But Women Are Slamming the Company for the ‘Lazy Stunt’
Disney’s Better Mousetrap Captures Customers of All Ages