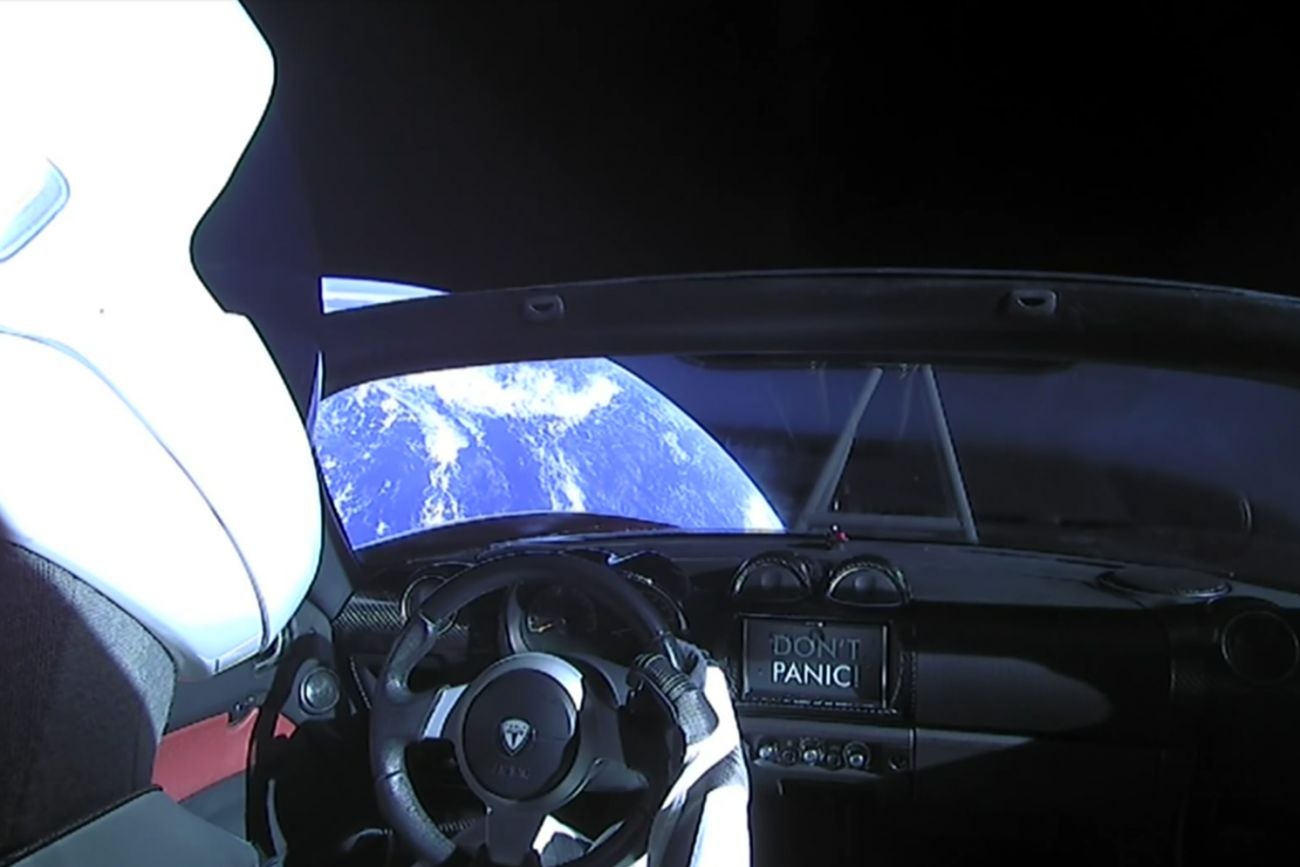 While the payload of SpaceX’s inaugural test flight of the Falcon Heavy Rocket — Elon Musk’s red Tesla roadster carrying a dummy outfitted in a spacesuit — was initially headed for Mars’s orbit, the rocket’s third burn was so effective that the vehicle kept going to the asteroid belt in between the red planet and Jupiter.

It seems that even though the trajectory is not what was planned, the vehicle, which was outfitted with a special message for anyone who might come across it — “Made on Earth by humans” — the payload could end up paying off back on its home planet.

Sandy Rubinstein, the CEO of DXagency, tells Entrepreneur that the idea to have a Tesla vehicle be the payload was a brilliant one. “The amount of web traffic [and] consumer excitement from the images of the vehicle ascending and the amount of earned media he garnered from news outlets all over the world will absolutely exceed the costs of the endeavor,” Rubinstein says. “The stock is up today and the forecast is tremendously positive. This stunt will continue to pay dividends to Tesla for years to come.”

Deb Gabor, the CEO of SOL Marketing, says that while it is tough to calculate, the financial value of the stunt would likely be less than the $90 million Musk spent. But the move was incredibly valuable nonetheless from a brand awareness perspective.

“With this event, Musk harnessed an opportunity to express his two flagship brands’ beliefs and values through the clever narrative of ‘the car that went to space,’ capturing his audience’s imagination and indelibly imprinting on their hearts,” Gabor says. “Brand strategies like this highlight the magic of Tesla’s ‘no-marketing’ marketing strategy that’s propelled them to brand leadership without investing significant dollars in advertising.”

While the reach for the stars was an inventive one from the perspective of trying to engender some goodwill, the company is still struggling. The question remains of how safe Tesla car factories are for employees and how effectively and fairly the company handles the aftermath of on-the-job injuries.

And while Tesla’s stock was up by 3 percent on Wednesday morning ahead of the release of its 2017 fourth quarter earnings, the company is still dogged by not meeting its production goals for the Model 3, making only half the number of cars that it was expected to manufacture in December.