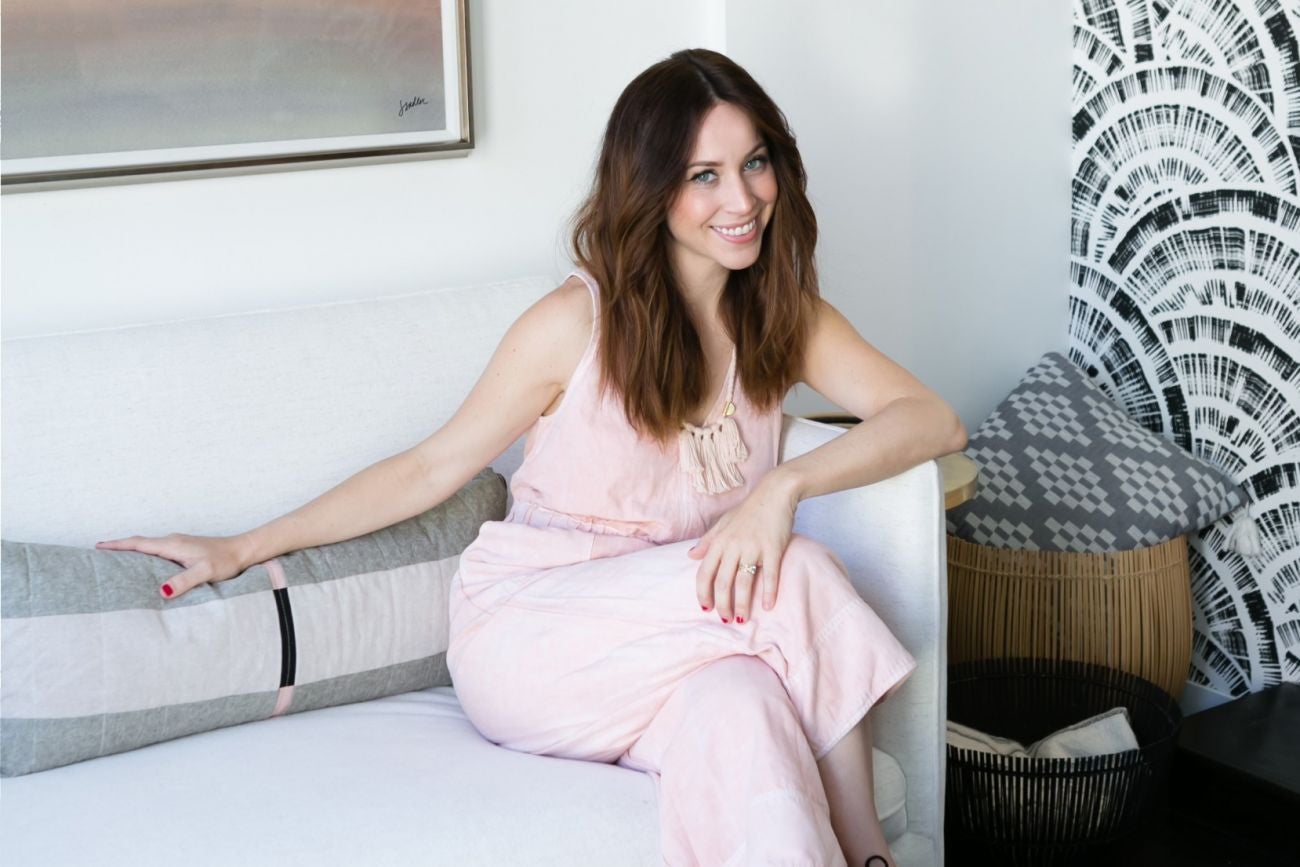 Before she launched Create & Cultivate, Jaclyn Johnson founded No Subject, a marketing and events firm. But she never intended to be the boss.

In the Women Entrepreneur series My First Moves, we talk to founders about that pivotal moment when they decided to turn their business idea into a reality—and the first steps they took to make it happen.

As founder and CEO of Create & Cultivate and the author of the upcoming book Work Party, Jaclyn Johnson knows a thing or two about what makes a successful business. Through her events series, Johnson hosts some of the most influential women in business and has grown her operation into a national movement of support and storytelling for ambitious women across the country. But before she was the head of a buzzy and fast-growing startup, she was a young woman without a plan. After moving to Los Angeles from New York for a job opportunity with her then-employer, IAC, Johnson was laid off just four months after she made it to the West Coast. “I basically fell apart for a month, then emailed everyone I knew and said I was looking for freelance work.” That freelance work led to a new network of professional contacts and, eventually, the launch of Johnson’s first marketing firm No Subject. Below, she details how she accidentally became an entrepreneur.

As she was building a freelance career and collecting project-based work, Johnson met a fellow freelancer, another young woman with similar interests. They went in on a shared office space together for $400 a month in downtown L.A., and quickly realized that their skills—Johnson’s in marketing, her office mate’s in events—could be a combined force for great things. They named their budding company No Subject, and hosted an event called Garage Sale at their office. They partnered with local brands and created a kind of shoppable gallery show, which generated plenty of buzz and led to inquiries from potential clients who needed experiential marketing help. “We hadn’t even built a website yet, and the press was calling us a new hip gallery,” Johnson says. “We were like, We’re not a gallery! We’re a new wave experiential marketing and events firm!” she says, laughing. “So we had to troubleshoot that press a bit.”

She Built Her Startup With No Money or Team. How the CEO of Piazza Did It.

The success of the event forced Johnson and her co-founder to retroactively build a foundation, which they did with existing tools and persistence. “It really started with an idea and a laptop,” Johnson says. “There wasn’t much more that I needed.” She’d “stalk” people on LinkedIn to find connections and contacts at brands she wanted to work with, did a heavy reorganization of her email inbox and used Quickbooks to track the money coming in and going out.

How Research, Research, and More Research Led the Co-Founder of Billie to a Successful Launch

Step 3: Build a client base.

Johnson’s persistent outreach led to a handful of early clients, which eventually snowballed into more incoming interest. “Client referrals are key,” she says. “The first couple clients we were able to get had a great success story with us, and that led to more interest from there.” The duo worked with a lot of startups in the Los Angeles area, many of whom were willing to experiment and test No Subject’s ideas. “We were just down to experiment, and we were doing really creative stuff that was getting a lot of attention,” she says. “And because we were working with a lot of startups, we were able to raise their profiles and raise our own at the same time.”

As No Subject’s client base grew, Johnson realized that they were most successful at reaching an audience she closely identified with. “We were the audience—young, millennial women,” she says. At the time, influencer marketing was still a developing idea and business. Johnson saw the early opportunity and leaned on her own network of contacts to partner with and reach brands she wanted to work with. “We were in the wild wild west, the early stages of an industry, and targeting millennial women in an authentic way helped us grow.”