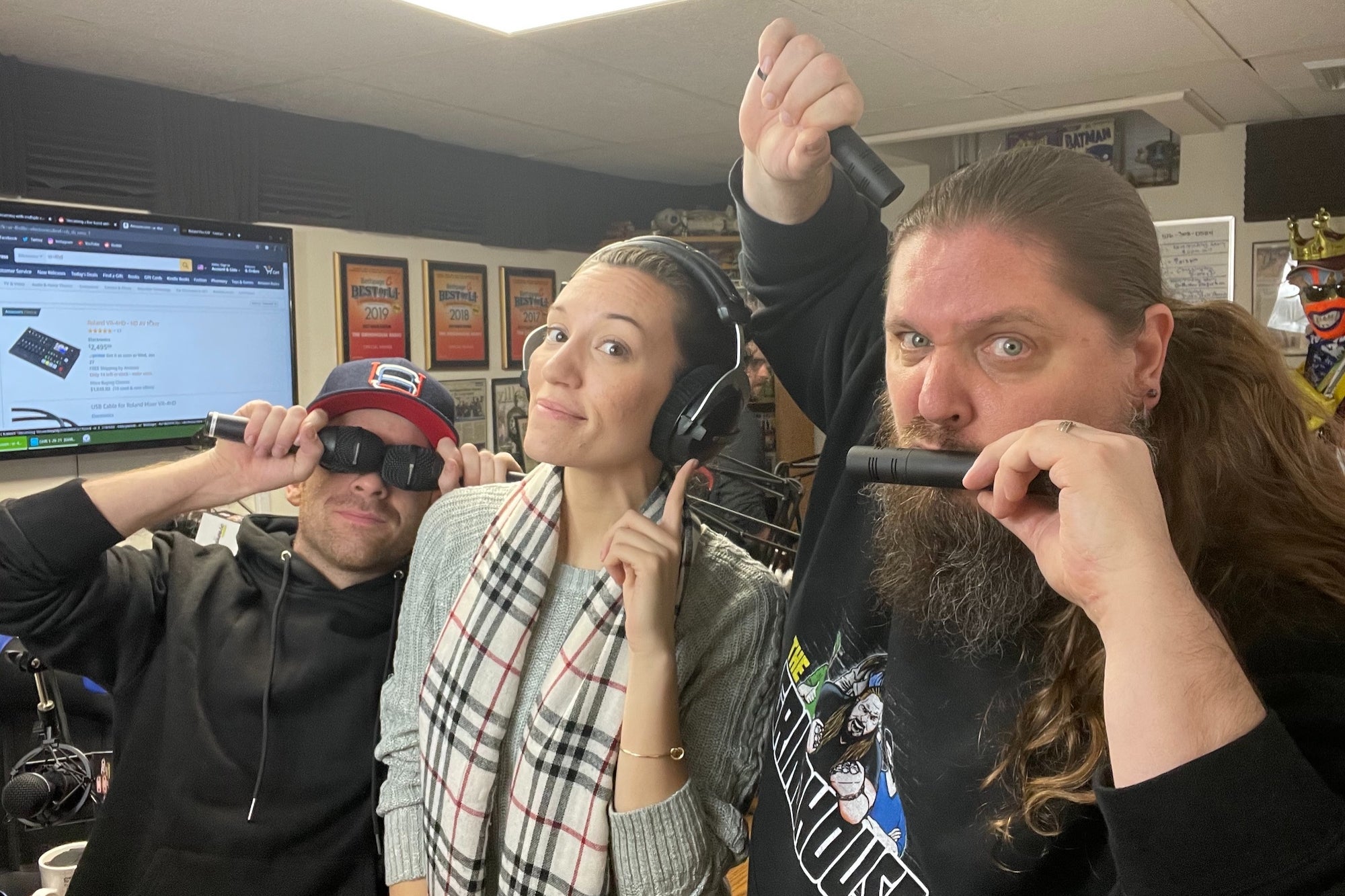 For every entertainer who’s become a business success, there are legions of others whose ideas have never left the gate or gone bust.

This is the phenomenon I discussed with professional wrestler, actor, professional podcaster, author, musician and video game protagonist, “Brimstone”, (aka “William Kucmierowski” or “Will Kaye”.)

At 47 years of age, “Brim” excelled in the business of converting audiences into revenue for four decades before launching a venture, in 2015, that is now the award-winning Grindhouse Radio. Through branding, listener engagement and a strategy to capture the world’s appetite for pop culture, the globally syndicated program reaches 3.5 to 4 million listeners per week.

Here are some of his best strategies for transitioning an established public persona into media money.

Related: 7 Entrepreneurs Share the Guru-mantra That Shaped Their Career

Learn from your ecosystem

Instinctively, and perhaps as a result of his experiences in childhood, Brim not only played acting roles in shows beginning with Sesame Street and Romper Room, but he also paid attention to everything surrounding him in the business of show.

Brim loved comic books, which inspired him to develop artistic skills and his drawing skills led to an acquaintance with Stan Lee, of Marvel Comics fame, whom he considered a friend and mentor.

As a senior, he launched his first product with a private school friend, an irreverent adult novelty kit filled with condoms and latex gloves, called “Dr. Peckerhead’s Let’s Play Doctor Kit”. With his artistic background, he designed the labels, instruction manual, arranged packaging design and began selling through adult shops while managing a deal with mainstream retailers Spencer’s and World Imports.

“We made $40 to 50 grand, as high school kids. It was great,” says Brim. “But I learned to never let go of access to the contacts who controlled access to the materials we needed.”

Ultimately he departed college to concentrate on his band, Who’s Laughing Now?. More visibility led to additional acting roles and sales management positions with Newsday and The Long Island Voice. Eventually, it also led to the professional wrestling persona “Brimstone” which has become the crux of his brand.

Create a brand with intention

Brim emphasizes the importance of creating a personal brand with thoughtful intention for every person in a highly visible role. All projects, including Grindhouse Radio, are ongoing vehicles for the persona.

“I would never dare to lose my ties to the brand,” says Brim,  “that has been my paycheck for the past 26 years.”
A name like “William Kucmierowski” was a non-starter and even shortened to “Will Kaye”, was unremarkable. But as Brimstone, he could not only invoke laughs but become a catalyst for the marketing of products like trading cards, pins, t-shirts, photos and meeting opportunities at Comic Cons.

Brim expanded beyond the photo-and-signatures realm to launch sauces, seasonings, coffee, candy and a school for wrestling which ultimately trained some 1050 students, many of whom went onto WWE fame.

He acquired his students via guerilla marketing and pre-internet methods like passing out flyers at malls. The transition was a great success but still limited his commercial audience to the number of people he could meet in person.

Do your market research

As you contemplate your personal brand, consider the size and nature of the potential audience you wish to address. One of the biggest aspects of Grindhouse Radio’s success is that it is rooted in pop culture, (the sports, comics, music, popular television and live performance industries, which are difficult to measure but are estimated by some sources to be as big as $104 billion).

Grindhouse has keyed in heavily on the world’s rabid appetite for this category, with a show airing to an audience that spans ages 18 to 65 in 145 countries.

In contrast, creating a target market that is primarily of interest to millennials or based on special interests such as genealogy, scrapbooking, or mid-century art could be an ideal choice if you hold special authority and skills in a certain segment. If you can address a larger audience with success, your potential customer base accordingly swells.

Related: How to Do Market Research–The Basics

Grindstone Radio incorporates four voices on topics specifically designed to spur interest, draw from each of the voices and also allow for a 3-minute “palate cleanse” after every 15 minutes.

Advertising is the principal revenue source and products represent authentic interests and are presented in a sharing tone, not as a paid “shill” (although it’s interesting to note that podcast advertising is a booming phenomenon, as they generally play in full to a captive audience – and the exchange and sharing of ads, across a syndicate of shows, is one of the most fruitful monetization trends emerging in the realm of content creation).

Brim’s innate skills in guerilla marketing and content creation are something burgeoning media entrepreneurs can learn from for many seasons to come.

Related: The One Thing You Need to Keep Your Business Relevant

Pike-Inc May 24, 2022 marketing Marketing No Comments »
Fake Accounts and Bots: Is Marketing on Twitter Worth It?
B2B Marketers on the Move: Celebrating May B2B Industry Movers & New Opportunities