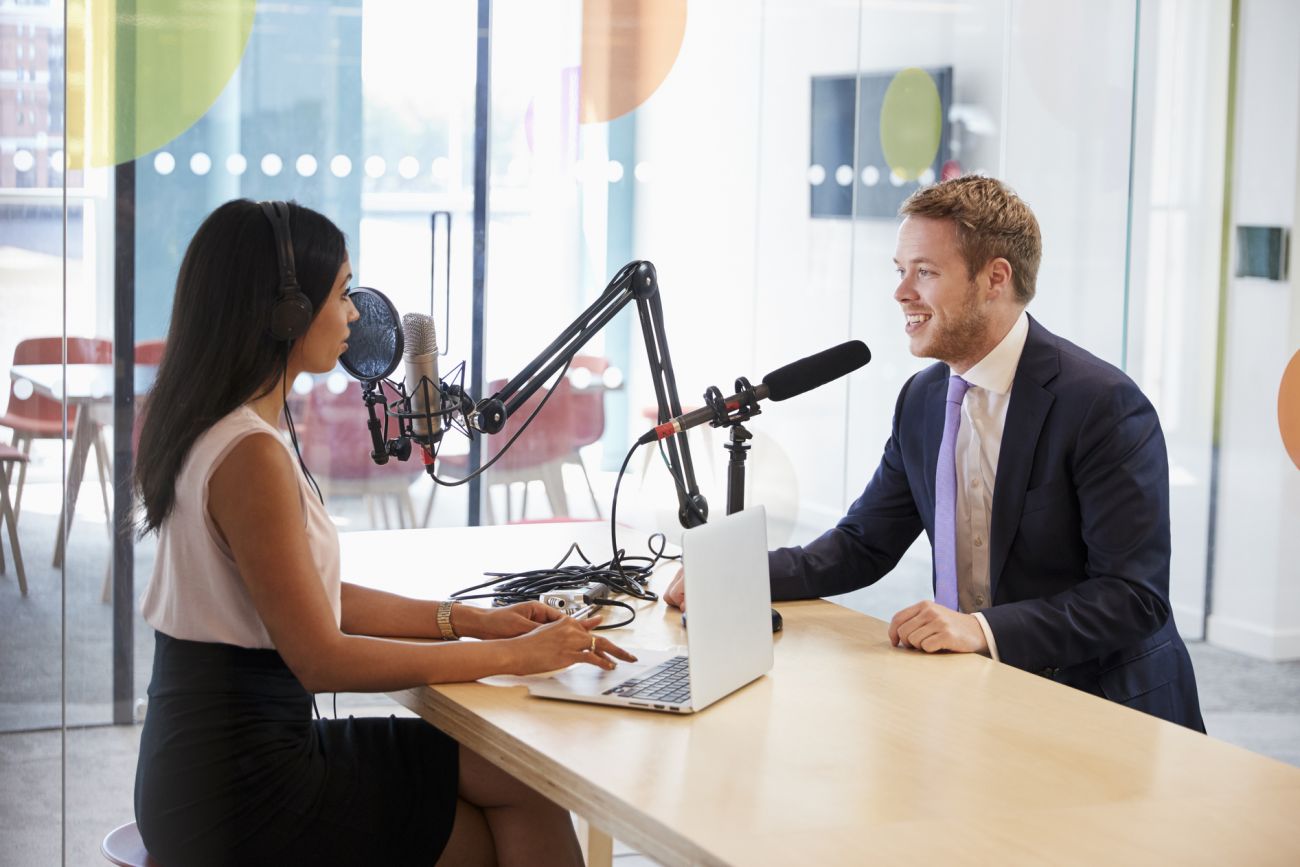 Position yourself as an expert on a TV or radio show and you’re almost guaranteed to get leads.

Excerpted from Make It Rain! by Areva Martin. Used with permission from Center Street, a division of Hachette Book Group, Inc.

It’s happening right in front of you every day. On network TV, broadcast radio, internet radio, podcasts, blogs and livestreams, guest experts are getting local and national exposure for their business and brands that they could never have afforded to reach with ads.

The smart ones — the rainmakers — are amplifying every single appearance by magnitudes across a vast web of influencers to reach thousands or millions more on social media.

What if you could get this kind of movie star visibility for your brand? How would you like to get your business or organization in front of millions of prospects?

With as little as a three-minute segment, an expert can persuade someone to vote for a candidate, shop at a local mall, move a government agency to change its policy, subscribe to a website, register for an event or show up for a march. What’s more, it can flood your business with new clients. The first time I came back to my office after making an appearance as a guest expert, piles of messages form new prospects were waiting for me, and because I’d talked passionately about my brand message on the show, they were already well-qualified leads.

Related: 5 Ways to Turn a TV Appearance Into Evergreen PR for Your Brand

You may not realize that a lot of the experts you see in the media are just like you. Most are not paid contributors. They don’t work for the network or a particular show in any capacity. They aren’t so famous that the executive producer from MSNBC has them on speed dial and calls them for every show.

In today’s 24/7 media, producers have to book so many guests, they have long since run through their own personal list of experts. They rely on referrals or pitches from publicists, bookers and the experts themselves to match the best expert with the news of the hour.

The beauty is, TV viewers have already opted in. You’re not forcing an ad into their line of sight. They’re expecting to like what you have to say. Out of all the stations they could watch, they’re watching this one. With so much competition, that’s more of a vote of confidence than it’s ever been before. And here you are, talking to the host they listen to regularly, about issues that are closely connected to your brand.

Related: CEOs Who Appear on TV Can Get a Huge Pay Raise

Can you imagine trying to get that same TV host to endorse your business or display ad? Not likely to ever happen. But, if you appear as an expert on a show, for those three to five minutes on the air, the host is asking your opinion and listening to your advice. It immediately imbues you with validation, authority and cache, as if by magic. Many entrepreneurs read books about social media marketing and analytics, they hire crews of people to manage their SEO, ROI, KPI — or whatever metrics are most popular at the time for getting their brand in front of their target market. They spend a fortune on advertising and promotion and giveaways. It’s all part of building a platform and brand in a competitive environment. But, despite all of this hard work to be seen by the right audience, they’re missing the golden ring.

A single appearance on the right TV show would allow them to speak directly to their audience. Not only that, but media appearances give them what would be rare or nearly impossible with ordinary promotions: an implicit endorsement by the famous host that the viewer already likes enough to watch every day or week.

As soon as a story breaks, producers immediately start looking for someone credible, engaging and available on short notice. The experts we see on the air were available and prepared to confidently jump into the conversation to add value in a way that helps move the story forward.

After El Niño results in major flooding in Los Angeles, a flood risk assessment expert may come on the air to talk about the risks and best responses. When shots are fired on a vehicle in Chicago, a paramedic or a former police officer may come on to provide viewers with insight into what happens in this kind of shooting. In a crisis, producers are unable to talk to the people directly involved, so they invite related experts who can provide more general information. With stiff competition among network, cable and digital outlets, a new expert is born every day.

Related: 4 Tips to Being Your Brand’s Champion on TV and YouTube

By far, most of the experts emerging today are not under contract. They are savvy businesspeople and influencers who have learned how to leverage media appearances to reach tens of thousands, or even millions, of new customers, to increase their authority and cache in their field, and to magnify their message in vitally important ways. Everyone from firefighters to sushi chefs who are experts in their fields can enter the mainstream conversation taking place on myriad media channels to voice their opinions and talk about their expertise. Although they are not paid by networks for the opportunity, they are reaping huge benefits. It could be you.

Media appearances can give you the opportunity to make your expertise available to raise the profile of your business, and to get your message out. If you inform, educate and empower people in the process, producers will be quick to invite you back. Those invitations can lead to a dramatic uptick in business or opportunities for a nonprofit.

By raising your stature and profile, you can drive more donations, enlist more involvement and maintain a much higher visibility for the causes that ignite your passion. Whether you have an expertise in a profession, like law, science or medicine, or a special interest, like consumer reports, movie reviews and cooking, there has never been a greater need for experts who are willing to step up. There have never been more people listening, or more ways to build a presence that matters.

Pike-Inc March 21, 2018 marketing Marketing No Comments »
Tips for Scaling Your Small Business Efficiently and Effectively
6 More Ways You Can Use YouTube to Reach Your Intended Audience