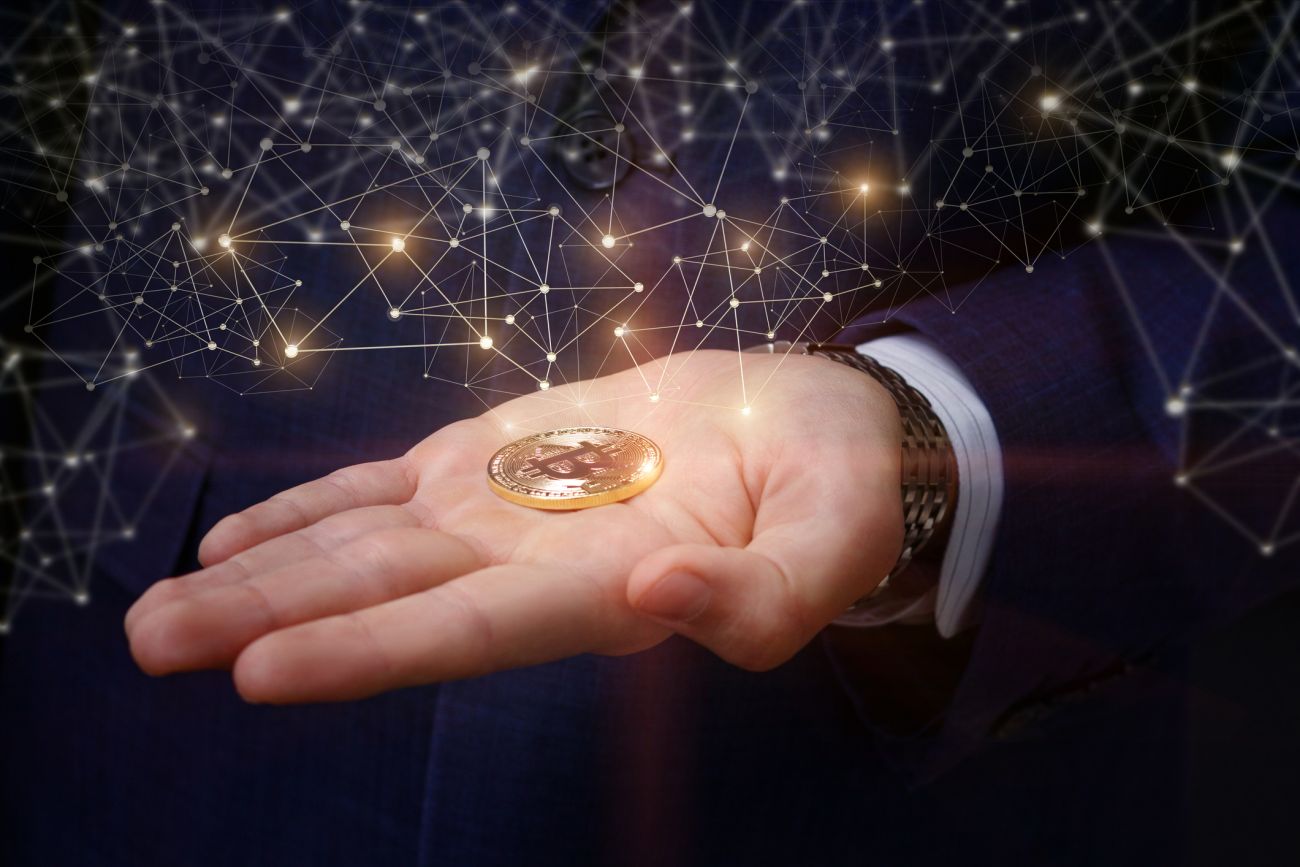 Innovations in blockchain are creating new versions of familiar models for raising funds.

The term ICO (Initial Coin Offering) is everywhere these days. It’s nearly impossible to read anything about blockchain and cryptocurrencies and not come across it. Insane fundraising events like Tezos’ US $232 million token sale or Filecoin’s US $257 million have popularized the model in the press.

However, despite their glorious rise even companies like Tezos have been hit with lawsuits for securities fraud due to shifting regulations and it’s unclear if investors who felt they were misinformed during the ICO will ever be refunded. Tezos isn’t alone. Blockchain startup teams are raising millions of dollars at the very earliest proof-of-concept phase based on potential and hype rather than traction, team and product market fit. This decentralized access to capital is fueling the rise of blockchain applications in a massive way. But this increased popularity is also revealing ways the model needs to evolve.

Related: 5 Signs an Initial Coin Offering Is a Scam

What is an ICO?

ICO stands for Initial Coin Offering. It’s a fundraising event — sometimes called a crowdsale, token generation event or token sale — where a company releases its own cryptocurrency with the intention of raising capital to fund the development of a project and validate community interest as it’s being developed. These coins (tokens) are most commonly exchanged for Ethereum today as majority of projects have been built on the Ethereum platform, but over the past year more platforms have launched like EOS, NEO, Icon and Cardano upon which decentralized applications are being launched.

Basically, an investor submits their investment tokens to a smart contract. In exchange, that investor receives back an amount of new tokens relative to the price of the new currency purchased in the offering. There are some traditional investment parameters written into each smart contract like minimum amounts of funds needed to raise, lockups for bonus tokens and hard caps for the amount of funds the project is willing to accept at this time.

Related: Stop! Before You Launch an Initial Coin Offering, You Need to First Build a Community.

When did this all begin?

The first ICO was held by Mastercoin July 31, 2013. Led by Brock Pierce and Scott Walker from DNA, the Mastercoin project officially launched with a public fundraiser where anyone could buy Mastercoins by sending bitcoins to a special wallet address. Investors holding tokens that supported the platform from its launch could sell them on an open market and realize a return as they increased in value when the project progressed. Approximately 500 people invested about 4,700 bitcoins in the project, which by December that year was worth about US $5M when bitcoins price-surged from about $100 to $1000.

The ICO that changed the world was lead by Ethereum founder, Vitalik Buterin, in 2014.  According to the CoinTelegraph, in just about 12 hours after the token sale began, 7.4 million ETH had been pre-sold, which at that time was about 3,700 BTC or US $2.3 million. He reportedly ended up raising more than US $15 Million in order to kickstart the project and solidify interest in growing the platform. Ethereum’s ERC20 protocol made the ICO movement possible and has become the dominant platform on which the ICO model has grown over the past year.

Related: 6 Cryptocurrencies You Should Know About (and None of Them Are Bitcoin)

How is an ICO different from traditional crowdfunding?

While ICOs won’t completely replace traditional venture capital anytime soon, the decentralized access to capital is clearly disrupting traditional fundraising models for fiat, angel and venture investors alike. An ICO, minus the technology and smart contracts, is basically like a Kickstarter, Indiegogo or equity crowdfunding fundraiser. A company has a project it wants to get off the ground, they produce marketing materials (e.g. white paper), ideally develop some type of working prototype, then post a public offering to raise funds to support the project before it has officially launched. In the case of Kickstarter or Indiegogo, these funds are considered “donations” in exchange for a promise to send a product once it had been produced later.

However, not all projects are successful, even with capital. Some problems we’re seeing in blockchain have plagued traditional startups for years. One of the most widely popularized crowdfunding campaigns in history, for the Lily Drone, raised US $34 Million in pre-orders in 2015 and a subsequent $15M in venture capital. It ultimately shut down last year, its creators unable to deliver the product they promised.

Crowdfunding shifted the playing field and gave startups a way to validate “traction” for an idea before trying traditional fundraising sources. Like traditional crowdfunding, token sales are decentralizing access to capital and providing startups access to even more capital than they could typically raise at such an early stage. No wonder founders are so fond of this approach.

Who else is getting involved?

Some of the largest traditional crowdfunding platforms, like Indiegogo, are starting to get involved in ICOs. Coindesk reports that Indiegogo is exploring blockchain-based fundraising through their existing partnership with Microventures. This partnership allowed Indiegogo to launch traditional fiat currency equity investing back in 2016. Interested accredited investors will be able to participate in ICOs under a Simple Agreement for Future Tokens (SAFT). These agreements parallel the Simple Agreement for Future Equity (SAFE) popularized by Y Combinator and are commonly used in the blockchain space today for angel or institutional investors who are participating in earlier private sales through the ICO.

This all bodes well for the ecosystem as more established players move into the space and barriers to entry get lower for less technical investors who are interested in being part of the world of blockchain.

Related: 10 Incredible Uses for Cryptocurrency and Blockchain You Probably Haven’t Thought of

How does this relate to Ethereum?

In 2017, Ethereum became the platform on which to launch your ICO. At the end of 2017, more than 90 percent of all token offerings were done on the Ethereum blockchain, according to one analyst who ran a script against CoinMarketCap, a popular cryptocurrency tracking site. Some of the reasons for this:

All of this has made Ethereum increasingly attractive over the past year as the platform for projects interested in launching their own token. But Ethereum faces its own set of challenges in scalability that may make it difficult to stay as the dominant platform of the future as applications grow and usage expands worldwide.

Related: Bitcoin and Other Cryptocurrencies: the Next Shiny Object or the Next Gold Mine?

How is the model maturing?

As the ICO model matures, it will need to adapt and evolve with the market. Whether because of malicious players, government regulation or simply a need to better manage the funds raised, a number of new token distribution models will start to become more prevalent soon. In December, Vitalik Buterin and Jason Teutsch, the founder of blockchain verification project TrueBit, co-authored a 15-page white paper describing a new kind of ICO called an “interactive coin offering.”

The main problem they hope to solve with the model is limiting the impact that hype and promotion can have on an offering. The goal is to lessen the effect of “pump and dump” schemes which have lead to the massive swings in recent ICO pricing. They hope to do this in two ways:

More recently, Buterin published another paper on Ether Research expanding on the future of ICOs with the concept of a DAICO, which combines the old ICO concept with a Decentralized Autonomous Organization. He posits this will minimize the complexity and risk associated with ICOs by distributing the power the core team has over the funds raised. For example, it would prevent them from running away with the funds raised without working on the project. The primary mechanism would be for the DAO to control the rate at which funds are released to the project. There could even be collective voting to end the contract and completely return funds to investors.

Though voting systems of any kind will always be susceptible to manipulation, the concept here is to help protect against malicious actors in the ecosystem making unilateral decisions.

What are alternatives to ICOs?

There are other ways tokens are being distributed that are bringing disruption to the ICO model too. Airdrops for example, happen when a blockchain project decides to distribute free tokens to the community that has expressed interest in the project.  Though this typically happens after an ICO as a reward to the open market, the Airdrop provides an incentive that can be used to get users excited about an oncoming platform and incentivise their participation.

A recent example of this is Everipedia’s announcement that they would be foregoing the traditional ICO and instead Airdropping IQ tokens to all holders of EOS tokens, the platform on which Everipedia is built. This may be related to Block.one, the fund behind EOS committing to deploy up to US $1 Billion of capital alongside Partner VCs into the EOS.IO ecosystem.

Scott Walker, managing partner of Distributed Network Advisors (DNA), a firm that advises and invests in transformative blockchain applications with massive network effects, said “We’re committed to being on the forefront of this movement exploring new models to challenge the traditional ICO in order to align incentives, mitigate risks, and better manage capital raised.”

As alternative channels to ICO fundraising are tested, a model like Airdrops will enable blockchain companies to seek both traditional means of fundraising and leverage token economics to incentivise a community to get involved with their platform.

What will come next?

The terminology will change as the model evolves, but decentralized access to capital will continue to be a driving force in early stage startup investing for the foreseeable future.  As new platforms like EOS emerge and begin to take market share from Ethereum, the technology will mature and grow. Similarly, on the market side, the increased competition means we’ll likely see two things. First, fewer projects funded entirely on white papers without solid proof of concepts and, second, more practical fundraising amounts that echo non blockchain startup investment rounds raised due to a larger supply of similar projects.

Finally, as the market matures investors will start being more critical and applying traditional startup metrics like traction, team and market fit will weigh heavier into the investment decision limiting the effect hype has had over the past year.

Pike-Inc February 27, 2018 marketing Marketing No Comments »
Here’s How to Level up Your Marketing Team (Without Blowing Your Budget)
10 Effective and Cheap Ways to Market Your Business