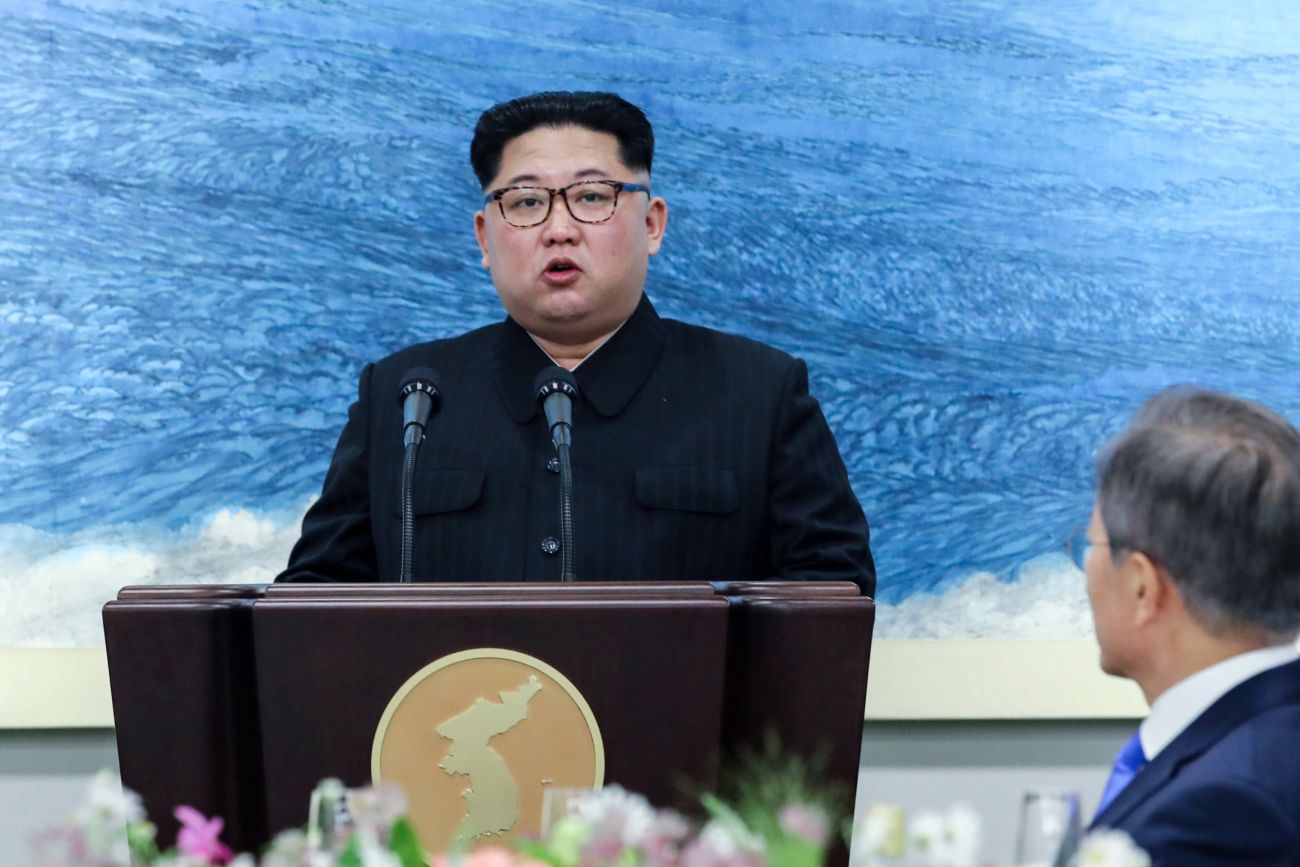 Turns out that Kim – the “madman” – is teaching us all a few fundamentals about sales. Who knew?

North Korea’s Kim Jong-un has been called a lot of names over the past seven years since taking over as the Supreme Leader of his country. But how about world’s greatest salesman?

OK, I admit this is not the guy you want visiting prospective customers anytime soon (although the site of him arriving surrounded by a dozen jogging security guys would certainly create a cool buzz, right?). However, when it comes to sales, Kim is certainly no slouch. I doubt the guy has ever made a cold call in his life. But he sure is swaying a lot of influential people — and world opinion — in his favor as the date of a summit with President Trump approaches.

So, do you think the guy is legit? Kim promises to de-nuclearize his country, sign a peach treaty formally ending the war with South Korea and normalize relations with the rest of the world. Whether or not you believe this sales pitch makes no difference. What makes a difference is that I’m writing this and you, like so many others, are starting to at least consider that he could be — maybe and perhaps — for real. Considering the guy’s past, this is a pretty impressive feat. Turns out that Kim — the “ruthless thug,” the “maniac,” the “madman” is teaching us all a few fundamentals about sales.

Related: What Running a Tour Company in North Korea Taught This Founder About Customer Service

One of these sales fundamentals is that you always get more with sugar than vinegar. Being nice. Smiling. Hugging. No longer calling the leader of the free world a “mentally deranged dotard.” You know, that kind of thing. Its seems that recently, Kim has followed the old “if you don’t have something nice to say than zip it” model. He has, for the time being, abandoned his threats, his taunts, his intimidations and instead become the world’s most adorable despot.

And we’re buying it! Forget the fact that he’s starved millions, committed countless murders and brought the world to the brink of nuclear conflict. Kim is now clinking glasses, planting trees, sharing a few hearty laughs and hugging it out with his South Korean counterpart. He’s met with Chinese leaders, sent delegations to other countries and is gearing up for the big kumbaya with President Trump, all with the intention of selling the free world whatever he plans to sell us — which we may just buy because the guy is just…well…an awesome salesman. It just goes to show that if you’re nice, friendly, open, warm and professional you, too, can get the sale. Even if you’ve kidnapped, slaughtered and starved millions. People like to do work with nice people, OK? Geez!

We all have short memories.

Kim is also proving that your customers have short memories. Wasn’t this the guy who, only recently, executed members of his own family, contributed to the death of an American student and refused to meet with Dennis Rodman? What a jerk! But hey, who cares? It’s all in the past.

If the world can get past these atrocities, don’t you think your prospective customer can get by a pricing mistake you made back in 2012 or a bad product demonstration from a few years ago? Circumstances change. Personnel turns over. A collapsed nuclear testing site and an unprecedented build-up of missiles aimed at your country will do that to a guy.

So can a new product, a new salesperson, a new purchasing manager or a newfound unhappiness with a current relationship. If you’re in sales and you lose a sale, take a lesson from the Kim Jong-un playbook and never give up. Schedule a follow-up a year from now and see what’s what. You never know what’s happened in the interim. Mass starvation? A failed nuclear test? A poor customer service experience? You just might find yourself back in the game.

Related: It’s Your Fault: 5 Steps to Repair A Client Relationship

If there is anything that Kim’s recent actions can teach a salesperson it’s certainly the value of a big, affectionate embrace. It’s amazing how, after only a few meetings and a couple of well-placed photo opps, the world starts viewing him less as a murderous thug and more of an adorable, pudgy little guy. Sorry, North Korean Media Team! We just weren’t getting this warm vibe from Kim’s press releases and staged photos with his finger on the nuclear missile button back in Pyongyang.

Your prospective customers won’t get that feeling from your emails and awkward photos on your website either. Yes, technology has its role in the sales process, but nothing beats a little face-to-face meeting, the shaking of hands, the breaking of bread (or, if you’re in North Korea, the cooking of a dog). If you want to sell something, and let me restate that no one is still quite sure what Kim is selling, you have to include some face-time. That’s why Kim sent that sweet little sister of his (did you catch that look she gave Vice President Pence?) to the Olympics, and why he’s made it a point to meet with the leaders of China, South Korea and the U.S. He gets that the human touch (even with people who are questionably human) is still the most important part of a sales process.

See? Here you were thinking that the world is being saved from a nuclear holocaust when really you were just being taught a few important sales lessons from the new master of sales: Kim Jong-un. Thank you, Dear Leader! I’ll be thinking of you the next time I’m about to meet that big new prospect. Or preparing for World War Three. Whichever comes first.

Pike-Inc May 2, 2018 marketing Marketing No Comments »
Redesigning Your Website? Make Sure SEO & Content Have a Seat at Website Migration Table
4 Tips for Entrepreneurs to Get the Word Out About Their Small Businesses