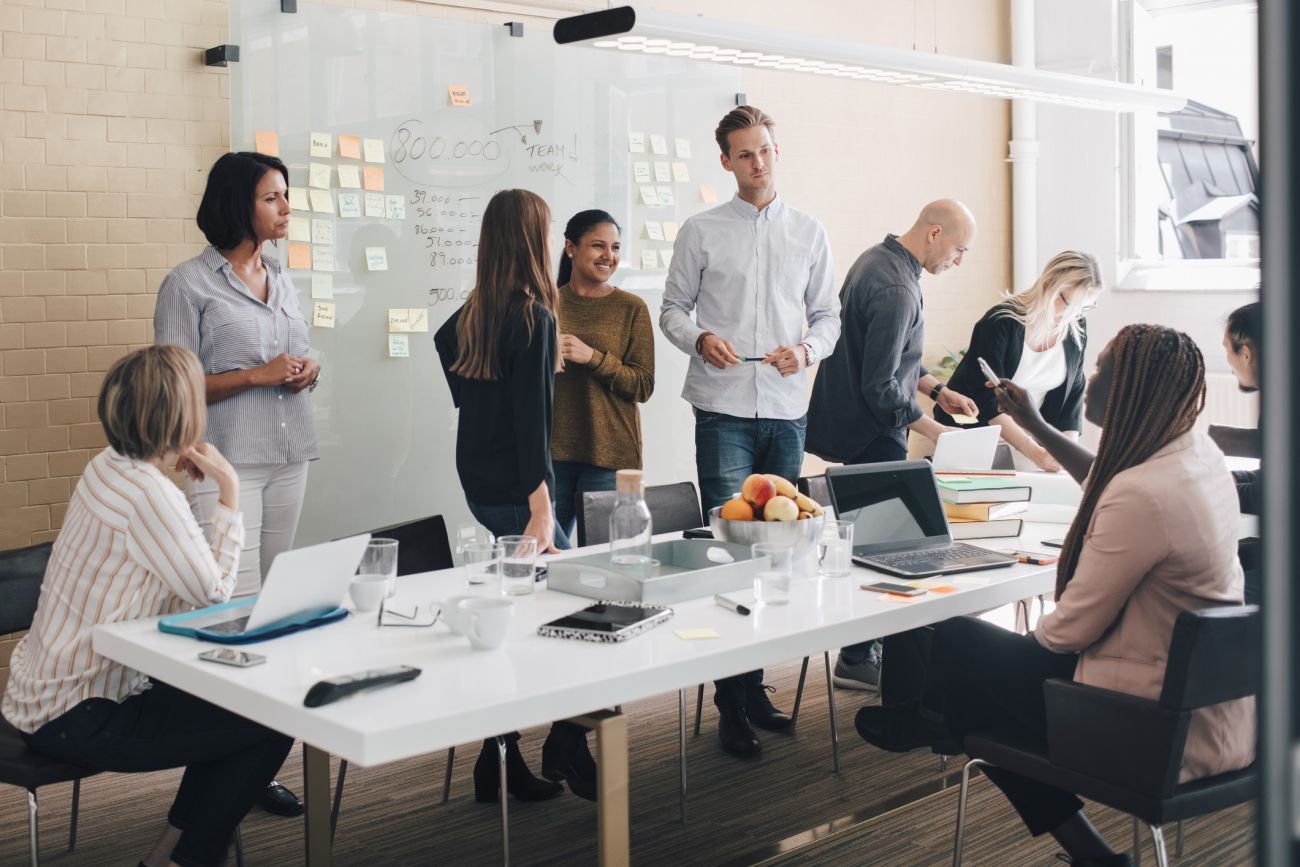 Getting diversity right in advertising starts with hiring a diverse team.

Another day, another (lost) dollar.

As the heads of households, Latina and black women have a combined consumer spending power that will reach over $3 billion in just three years, according to Nielsen. Brands are salivating at the sizable opportunity, but in recent years they have all but alienated these consumers. A few examples:

In 2016, Gap apologized for an ad in which a young black girl posed next to an older white girl, who propped her arm on the younger girl’s head. The ad drew criticism from black consumers.

Related: The Myriad Benefits of Diversity in the Workplace

In 2017, Dove apologized for a GIF advertising Dove body wash. It looped an image of a black woman removing a dark brown t-shirt to reveal a white woman.

Earlier this year, H&M was forced to apologize for using a black child to model a sweatshirt that read “coolest monkey in the jungle.” The image of the child in the hoodie appeared on the British version of the Swedish retailer’s online store, but the brand experienced global backlash from consumers and vandalized store locations.

The point of whether each event deserved the level of backlash it received is irrelevant. Instead, let’s discuss the team behind the brand. These became negative incidents because the brands weren’t managed by someone who frequently experiences racism or prejudice. And when targeting minority consumers, having this perspective is paramount. For example, a diverse brand manager would have understood black mothers are sensitive to the portrayal of their sons in the media.

Popular brands such as Dove are comprised of products manufactured by a company. In this instance, Unilever is the company which manufactures Dove. Each brand has a manager who owns the branding process, but they don’t work in silos. There are junior marketers, senior executives and customers who also serve as brand stakeholders.

There’s a clear dichotomy between the large global brands — typically led by mostly (if not all) white brand managers — and the minority consumer. (If this sounds unbelievable, take a look at the AdAge A-List for 2018.) According to the Bureau of Labor Statistics, of the 548,000 Americans employed in advertising and communications in 2016, just 4.1 percent are black and 12.3 percent are Hispanic or Latino.

The lack of diversity in the marketing and advertising industry isn’t the only problem. Generational shifts in consumer backgrounds exacerbates the divide between brand managers and minority consumers. Case in point: the generation with the largest consumer spending power to date (millennials) is also a generation more diverse than its predecessors.

Related: Does Your Team Roll Their Eyes When You Talk About Diversity?

Hire a diverse marketing team … and empower them.

Since Latina and black consumers are paramount to sales growth, many businesses are turning to diverse freelancers and multicultural agencies for immediate support. Twenty-nine-year-old Stephanie Caudle, the founder of minority freelance platform Black Girl Group, connects black female freelance creatives to companies seeking to create content specifically for black audiences. She told me the following:

“These examples (of Dove, Gap and H&M) should illustrate specifically why minority women should have a seat at the table — to bring true diversity to the forefront and have those tough conversations about why a brand’s creative direction might be decisive, racist or discriminative. Unfortunately, when black women on creative teams do choose to speak up they are often viewed as being angry and defensive.”

Flexjobs.com, the leading online service for professionals seeking freelance jobs, reports more than a third of millennials are already employed as independent workers, and these professionals (also classified as contingent workers) are more likely to be black or Latino.

The latest Women in the Workplace report from McKinsey & Company and research from LeanIn.Org also echo Caudle’s statement. Compared to Latina and white women, black women are least likely to be given “stretch” assignments, one which would challenge them and give them opportunities to advance. In the realm of marketing and branding, “stretch” assignments would most certainly include leading a creative team of junior marketers.

Related: Here’s Why Diverse Companies Are Better at Innovating Than Homogenous Companies

Hire a diverse marketing team … and respect their candor.

In the McKinsey report, other women of color said their managers called their candor “uncomfortable” for people in the office. Yet, in the marketing and advertising industry candor should be praised. Being frank when marketing campaigns could alienate the brand’s consumer segment could avoid negative brand perception, loss in market share or decline in stock price.

One Chicago marketing firm has not been afraid to be candid with its clients in 47 years, and billion-dollar global companies have reaped the benefits. With annual revenue north of $22 million, Burrell Communications is one of the largest multicultural marketing firms in the world. Founded in 1971, it has built long-term relationships with clients such as Toyota, McDonald’s and Coca-Cola, and in turn has helped those brands forge genuine relationships with minority consumers.

“As we continue to see brands stumble from both a strategic and executional standpoint, it begs the question, why aren’t more companies using African-American agencies? These agencies understand cultural and human sensitivities far better than their general market counterparts. There isn’t a lack of talent, there appears to be a lack of willingness to engage ethnic or multicultural agencies despite their proven success records. This is disturbing.”

Make sure your marketing team takes time to interpret data, connect with your consumers and uncover insights. (For example, if consumer data suggests black mothers aspire to be great cooks, the insight shouldn’t lead to an ad that features them dancing while preparing dinner.) If you’re not willing to hold all stakeholders — from junior marketers to senior executives — accountable for perceptive, relatable content, your consumers will feel alienated. And alienating consumers doesn’t increase share of wallet — it gets you no wallet.

Related Video: Why Businesses Must Do Better to Integrate This Growing Demographic