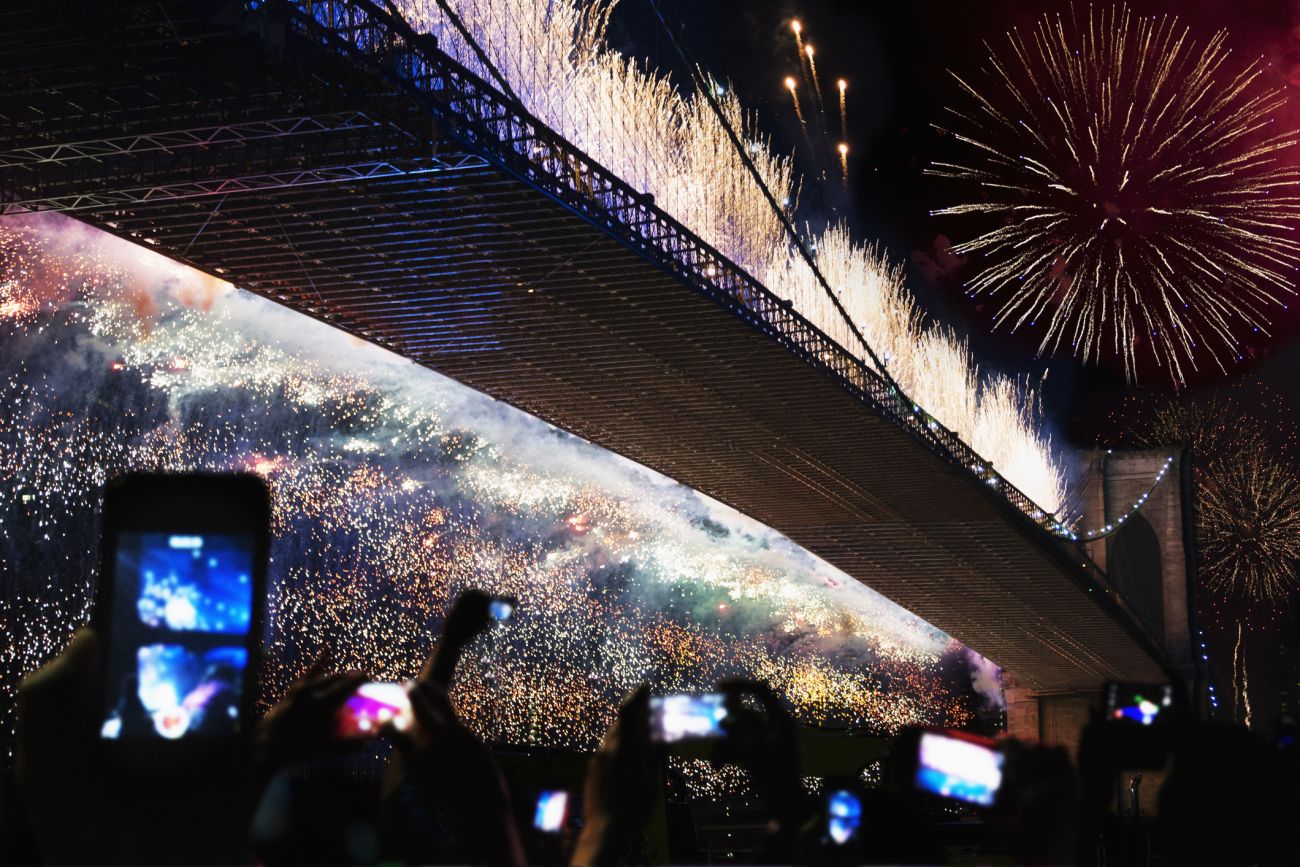 A marketing campaign for virtual meeting and messaging apps empathizes with workers who are bummed that Independence Day falls on a Wednesday this year.

In this series, The Way We Work, Entrepreneur Associate Editor Lydia Belanger examines how people foster productivity, focus, collaboration, creativity and culture in the workplace.

The Fourth of July falls on a Wednesday this year, and CyberLink, a company that recently entered the business of video conferencing and messaging apps, feels your pain.

For many Americans, Independence Day celebrations happen throughout a long weekend, but when the holiday falls smack dab in the middle of the workweek, the festivities often are shortened. After the fireworks, it’s time for bed to get a good night’s rest before an early-morning, perhaps hungover commute to the office. That is, if the boss makes you come in.

For those who want to convince their employer to let them work from home the rest of the week, CyberLink has come up with a marketing campaign dubbed Everybody Works From Home for its new browser-based video chat and messaging apps called U. The company, which recognizes that 44.2 million people traveled 50-plus miles in 2017 to celebrate Independence Day, wants to help workers make the case to post up with their laptops poolside this year.

Related: 17 Things You Need to Know About Remote Work

The Everybody Works From Home campaign, driven by social media marketing, also includes a landing page on CyberLink’s website with suggested email templates that workers can send their bosses, asking for permission to work from home and noting that CyberLink’s software will help them bridge the gap. Additionally, CyberLink has compiled a list of tips to get the most out of working from home, from “get out of bed in the morning and get dressed like you would any other day” to “take breaks at home just like you would in the office.”

“On the 5th or 6th of July this year, a lot of people who want to work from home might feel cut out,” Richard Carriere, CyberLink’s senior vice president of global marketing, tells Entrepreneur. “Their managers might feel like they’re not working the same way.”

Carriere says CyberLink’s apps are uniquely positioned to serve individual employees who need an easy-to-use, informal platform for remote work, from presentations or webinars to file sharing. Modeled after social media apps, they’re designed with “U,” the consumer, in mind, rather than large IT departments seeking enterprise solutions with “300 features,” as Carriere puts it.

“They create these unusable monsters,” Carriere says. “And we’re like, hold on a second, nobody thinks about simplicity, things that just work, things that only have three buttons. That’s what we do.” He also emphasizes that CyberLink is somewhat irreverent, with funny stickers available in U Messenger that “would definitely never show up in apps developed by large companies.”

He compares the plug-and-play utility of U to Dropbox, in terms of an employee’s ability to take it upon themselves to use it. It doesn’t have to be the official software at a company for a worker to try it out (though it may be wise to float it by your manager), just as many workers might use Dropbox for storing and exchanging files without consulting the powers that be.

U has tens of millions of users so far, Carriere shares, and is best suited for entrepreneurs and small businesses that don’t have an IT department or are looking for inexpensive remote work software. It also has found a market in the higher education space, where virtual classrooms are becoming more common.

CyberLink itself is the perfect ambassador for U. While the company’s headquarters are in Taiwan, it has teams scattered across the U.S. As CyberLink’s Los Angeles team grows, the company has questioned its need for a physical footprint.

“We’re a perfect example of a virtual company,” Carriere says. “At first we thought, maybe we should have an [L.A.] office.” Then, he says the company decided, “No, we have an office, it’s called the U app.”

Outside of U, CyberLink’s software is pre-installed on hundreds of millions of shipped PCs, Carriere says, but “people don’t know Cyberlink necessarily as well as other brands like Microsoft or Google.” The Everybody Works From Home campaign is just the latest marketing effort CyberLink has deployed to boost brand recognition and its user base.

In collaboration with YouGov, CyberLink conducted an online survey of 1,154 U.S. working adults to generate its Reality of the Remote Worker Report. Among the findings were revelations about existing remote work software: 42 percent of remote workers have misinterpreted the tone of written communication; 22 percent have been late to or missed a meeting because it was too complicated to join; and 28 percent have used the wrong version of a document.

A few months ago, CyberLink launched a new version of its media player, PowerDVD. To market the software, CyberLink featured a psychologist who has found that taking breaks to watch videos at work improves productivity. The idea of a doctor endorsing a practice that seems frivolous or unproductive was another appeal to the consumer market.

Related: 50 Work-From-Home Jobs Paying as Much or a Lot More Than the Average American Salary

It was right in line with CyberLink’s irreverent and fun ethos, Carriere says: “Let’s not take ourselves too seriously but at the same time, let’s make sure it works and we’re productive.”