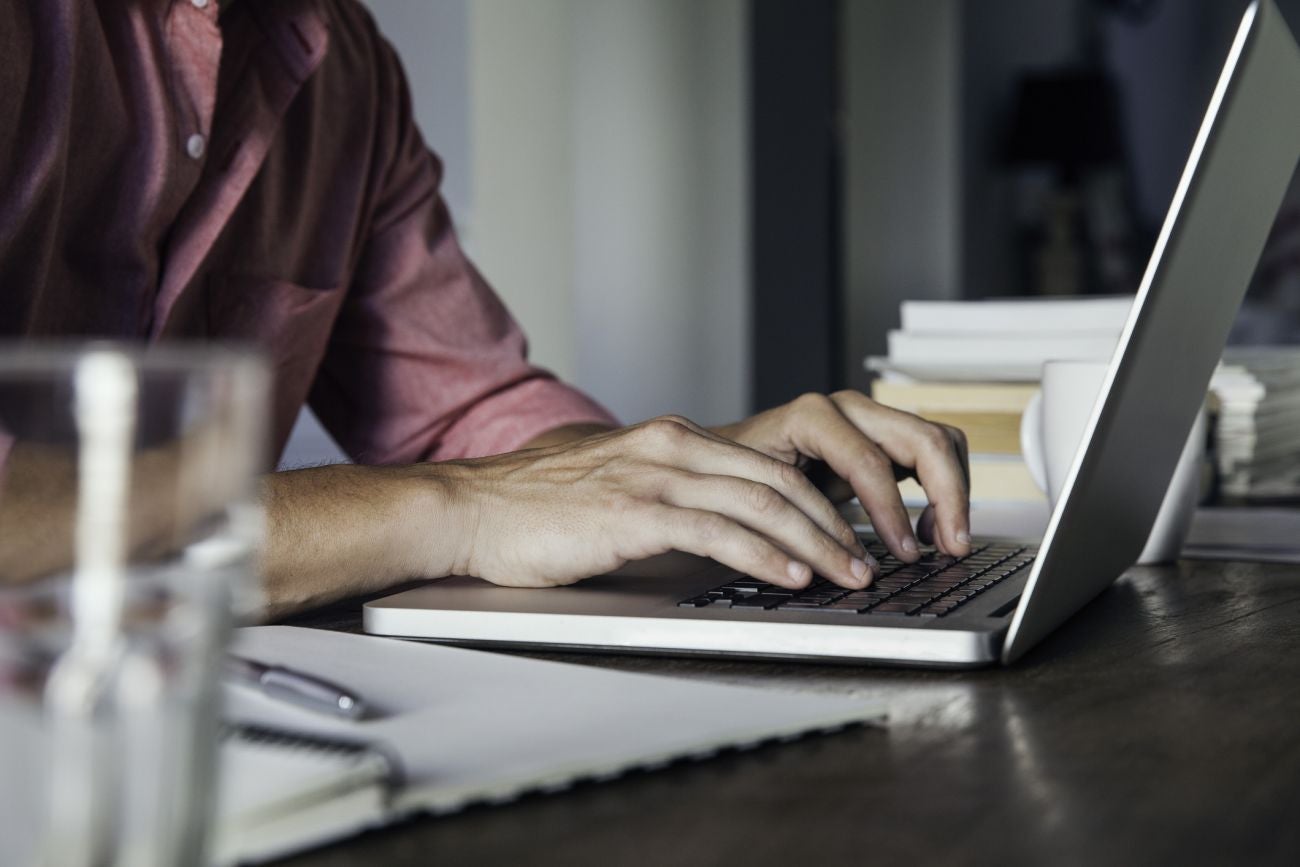 For starters, drop the use of the word ‘there’ at the beginning of a sentence. Ditto for ‘while.’

Too many blog commentaries and internet pieces sound the same, whether they talk about how to landscape your yard, lose weight, lease an apartment, conduct a successful job interview or design a website for your new business.

Why? Well, too often they pretty much are the same. Many use the same rhetorical language, same marketing lingo, even the most used buzzwords. Do you want the content on your own blog or marketing pages to break out from the pack? Then train yourself not to sound like everyone else. Here are three sharp moves that will get you started.

Ever notice how many articles and commentaries on the web begin with the following phrases? “As a …” is one. Others are:

Each one represents a weak, passive opening. They make your sentence sound as if the reader has wandered into the middle of a conversation; but that’s obviously not the case, because the reader is looking at the first words below the headline, at the top of the browser window.

So, avoid these openings. Instead, try to recast every sentence that begins with “There are” or “There is” — whether in the intro or well into the piece — to erase what so often leads into a passive verb — and weak writing.

In fact, if “There” is the first word of any sentence, you can almost invariably improve it by rewriting … unless it has an antecedent, i.e.,  “there” refers directly to something in the previous sentence or paragraph (as in “There’s your problem”), rather than a floating “There is … [something, somewhere in the universe that I want to talk about right now].”

Also, substitute “Though” or “Although” for “While” at least some of the time.

Another way to strengthen a sentence that begins with “While” is to cut that word entirely, so the sentence begins with a declaration rather than a subordinate clause (which is what makes it sound weaker). Then you can pivot to the new, corrective information with “but” or “so” or “however….”

I’ve seen the following phrases far too often in draft articles and blogs:

These are rousing rhetorical flourishes, but any reader who pauses long enough to think about them will recognize that whatever you as the writer are referring to, it’s either not really true or so obvious it should go without saying.

In other words, when something is undeniable, there’s probably no reason to say it is. People tend to write “There’s no denying” when they’re still trying to persuade the reader of a proposition that may remain open to question … or is even deniable.

Content writers will type “you can’t always tell” when a child has a cavity or when a car engine is going to fail, but what they mean is, you can’t often or necessarily tell.

“Always” implies that you’ve been watching every single minute for your baby daughter’s teeth to show caries or have never stopped listening for even just a second for that sound that signals the car transmission is failing.

As for “The great thing about,” I rarely have difficulty thinking of other great things someone might say about a subject, whatever it may be. This “great thing” merely happens to be the topic of the article you are writing for someone else to read.

Indeed, when I edit content for the web, I typically change that phrase to “One of the great things about …” Sure, it doesn’t sound quite as strong as “The great thing,” but it’s more honest.

Here are four words that often turn up in web articles, typically for no good reason:

Writers reach for these words in order to strengthen whatever verb or trend they modify. Unfortunately, though, “drastically” often gets employed in a positive context — as in “sales will increase drastically .,.” In fact,  its traditional connotation is negative (“the flood waters drastically affected downtown”).

Historically, the connotation of “drastic” was radical, extreme, harsh, severe and violent. I suspect that writers have confused this word with the more neutral intensifier “dramatically.” You should rely on that one for positive usages.

Both “exponentially” and “infinitely” have precise mathematical definitions, but content-generators regularly apply them to jumps in sales, revenue or page views after a new SEO technique has been applied. “Significantly,” “substantially” or even “plenty” or “a lot” would do just fine.

Oh, and don’t ever use “exponentially” or “infinitely” — unless you’re in the business of splitting atoms or counting the propagation of bacteria in the case of that first adverb, or with the second one,  proposing a trip to the other end of the universe.

One last thing: If you’re not aware by now of how often and incorrectly people abuse “literally,” you may (sadly) be beyond hope. Please Google it!

Pike-Inc June 8, 2018 marketing Marketing No Comments »
Make Your Ads Works of Art but Your Marketing Plan Needs to be All Science
Influencer Marketing Isn’t Just for Fashion, Beauty and Food Anymore.