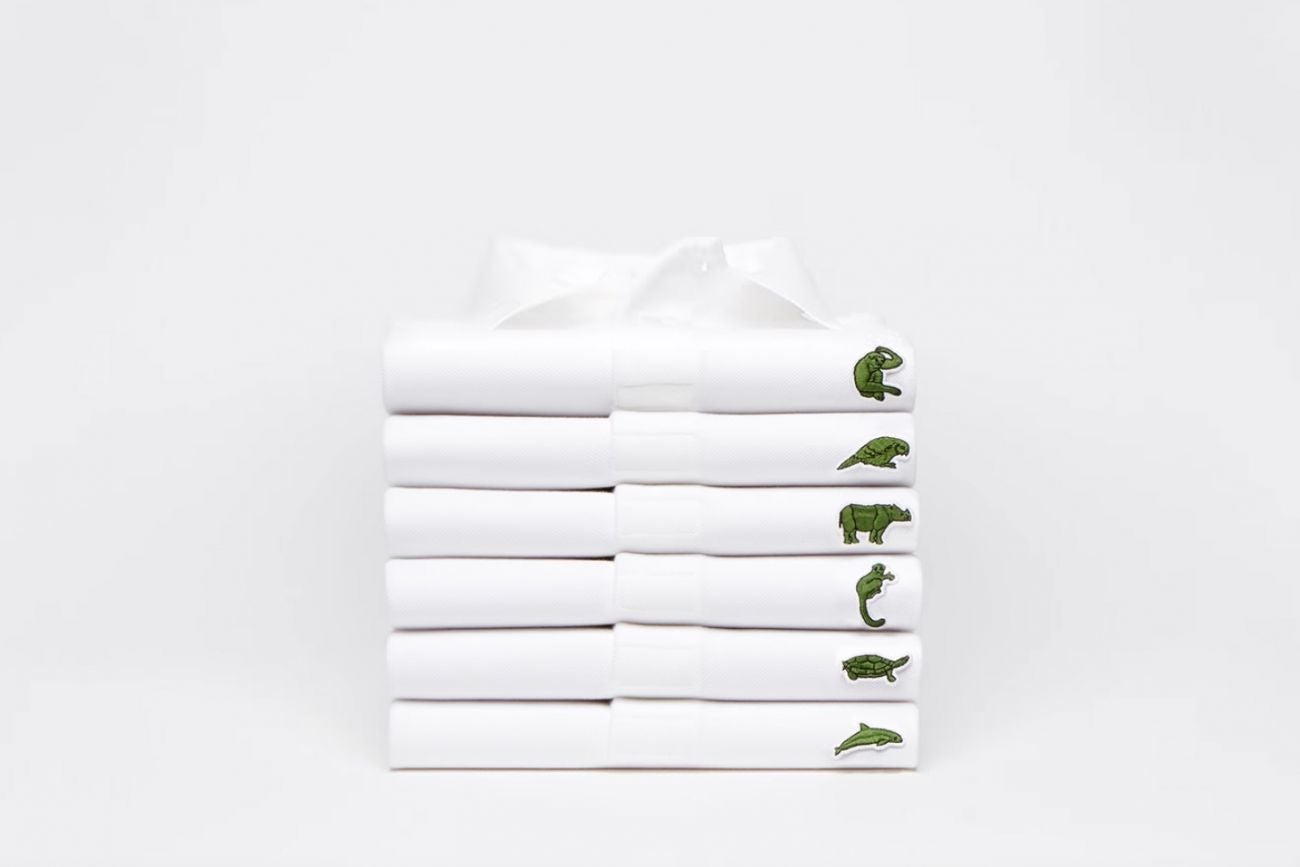 The fashion brand is making way for a good cause.

Lacoste is the latest company to find a creative way to use its platform and wide reach for good. To support wildlife conservation, the fashion brand has replaced its iconic alligator chest patch with 10 different animals.

Each of the 10 animals that appears in a new limited line of Lacoste polo shirts represents a threatened species. In partnership with the International Union for Conservation of Nature (IUCN), Lacoste only made 1,775 of these shirts, and the number of shirts it produced with each new animal corresponded to the number of that species left living in the wild.

Related: The Most Thought-Provoking Ads of 2017

The most threatened species Lacoste featured was the Gulf of California porpoise — the company only made 30 shirts with this animal. It manufactured 450 shirts with the Cyclone of Anegada Island (a species of iguana). The rest of the species fall somewhere in between.

The idea came from ad agency BETC Paris, and Lacoste unveiled it at Paris Fashion Week during its runway show.

The shirts are already sold out, but Lacoste is still accepting donations — Lacoste and IUCN have launched a three-year partnership. Half of the profits will go to IUCN’s conservation efforts, and the other half will go toward raising awareness for the cause and the Save Our Species program, according to Lacoste’s website.

Pike-Inc March 5, 2018 marketing Marketing No Comments »
6 Digital Marketing Trends That Will Explode Your Brand Awareness in 2018
How to Use Storytelling to Sell Your Brand and Vision