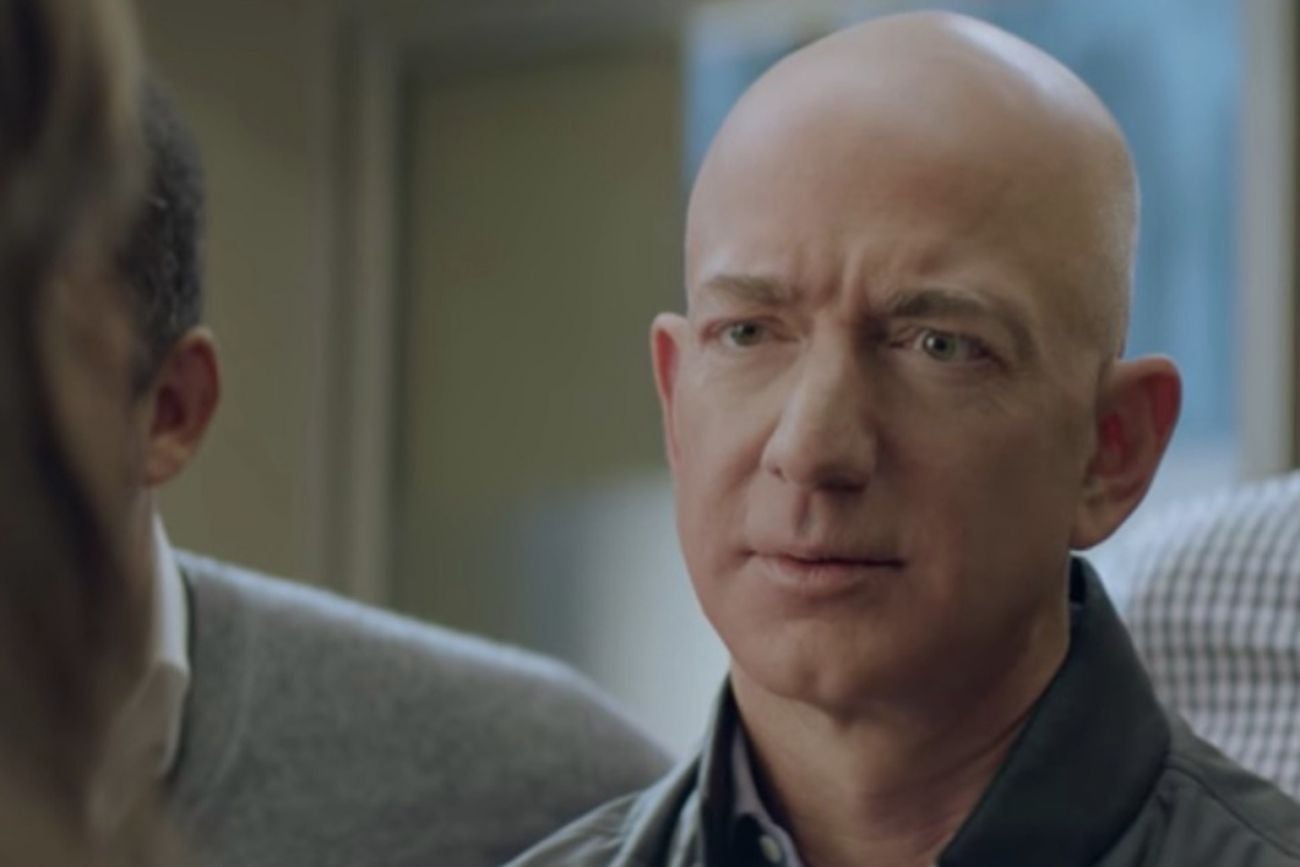 In a 30-second clip of an Amazon commercial, the unthinkable happens: Alexa loses her voice.

The ad, teased in advance of Super Bowl Sunday, features a woman brushing her teeth and asking Alexa for the day’s weather forecast. As Alexa delivers the information, the virtual assistant makes a coughing noise and stops short.

The ad cuts to a news broadcast reporting that Alexa has lost her voice. At what appears to be Amazon’s headquarters, founder and CEO Jeff Bezos speaks with an employee about the incident, baffled.

“Alexa lost her voice?” he asks as screens around him display the breaking news. “How is that even possible?”

The employee assures him that “replacements” are ready. When he asks her if she’s sure they’re going to work, she nods somewhat hesitantly.

The screen then cuts to black and “2.4.18” appears — the date of the upcoming Super Bowl. A full-length version of the 90-second ad will run during the fourth quarter of the game on Sunday, Adweek.

Watch the teaser below and guess for yourself what might be in store for Alexa.