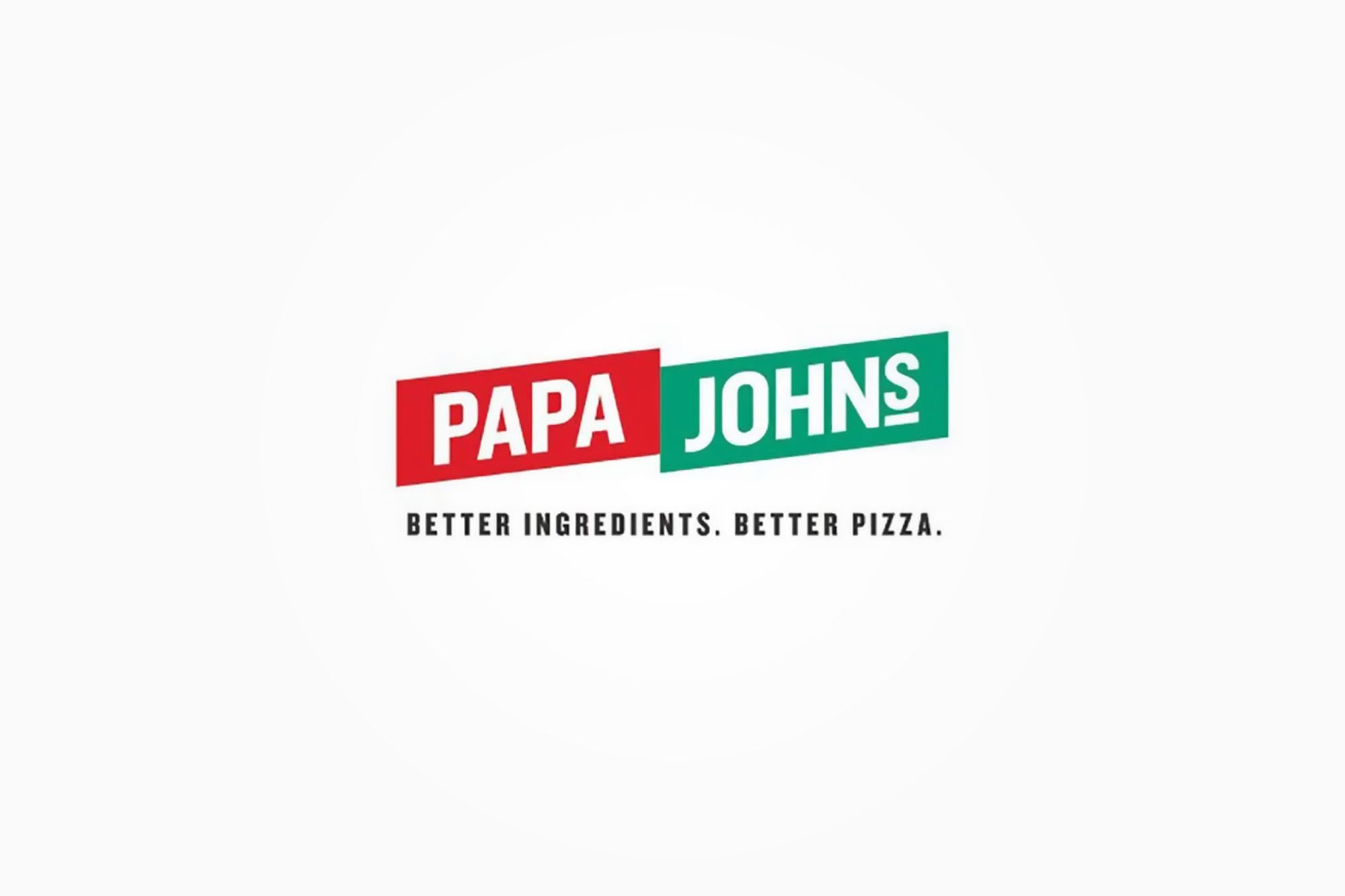 Grammar is only one tactic the pizza chain is using to distance itself from John Schnatter.

It’s not Papa John’s pizza, it’s everyone’s pizza. Every franchisee and employee’s pizza. Or it will be, officially, if Papa John’s decides to lose its apostrophe and become Papa Johns.

Why drop the possessive? The company has cut ties with founder John Schnatter this year after he made a series of racially divisive comments. Those comments inspired white supremacists to declare Papa John’s “the pizza of the alt-right” and send the company into full-on damage control rebrand mode.

One of the measures the company has taken is filing a new logo with the U.S. Patent and Trademark Office. The new logo, which the company has not implemented, does not contain an apostrophe, a seemingly symbolic acknowledgment of Schnatter’s departure.

However, the company has not yet implemented a name or logo change, and Schnatter is still it’s largest shareholder, so at least for now, it’s still Papa John’s. The company “has no imminent plans to use the new logo,” a spokesperson told AdAge. Meanwhile, it’s removed Schnatter’s image from its pizza boxes.

Wait, what’d he do again?

On an earnings call in November 2017, Schnatter criticized the NFL for its handling of the #TakeAKnee protests. By New Year’s, he’d stepped down as CEO. Then this summer, it came to light that he’d used the “n-word” on a company conference call which Papa John’s held for the express purpose of executive media training. He lost his board chair position on July 11 as a result. Schnatter has also been accused of sexual misconduct, and he’s filed at least two lawsuits against Papa John’s, according to the Louisville Courier Journal.

In the wake of his resignations from company leadership, he’s publicly declared his commitment to Papa John’s employees and launched SavePapaJohns.com in an attempt to clarify “the truth” about what happened between him and the company. He’s also made several critical comments regarding the executives that have succeeded him.

Papa John’s has launched a couple of bold marketing campaigns over the past month. In one, the company displayed screenshots of numerous tweets from disappointed customers who thought the company sympathized with racists and white supremacists, given Schnatter’s remarks. It denounced this reputation and assured customers it was listening to their concerns. Internally, the pizza chain has spearheaded diversity training campaigns and other initiatives. It’s also published a new values statement.

Last week, Papa John’s rolled out a new ad campaign featuring franchisees and employees rather than Schnatter. On Twitter, the company has been changing its account photo, bio and name daily. Yesterday it was Papa Brant Barnes. Today it’s Papa Kiersten Bates. Wait, who? Exactly. The company wants to tell the stories of other people behind the brand.

Under Kiersten Bates’s photo and name, the Twitter bio reads, “‘I’m a Papa John’s GM in MI. I love spending time w/my son & my favorite topping is bacon. I am one of 120,000 voices of Papa John’s.’ -Kiersten Bates”

“You’ve heard one voice of Papa John’s for a long time,” a franchisee in a video says. “It’s time you heard from all of us,” a marketing manager follows.

In our communities. On the phone. Behind the counter. At your door. These are the real voices of Papa John’s. pic.twitter.com/Lz1Lga8uSP

To that end, Papa John’s also has launched Stories.PapaJohns.com, where it spotlights various franchisees and employees. The site also addresses the controversy that has surrounded the company over the past several months.

But back to the apostrophe.

Will they change it? Time will tell. IHOP didn’t actually change its name to IHOB. It was just a temporary marketing campaign to make people think of the restaurant chain for burgers in addition to pancakes.

Related: Ousted Papa John’s Founder Creates Website to ‘Save’ His Company and Get the ‘Truth Out There’

Besides, the Papa John’s apostrophe is kind of like peperoncino in the corner of every one of its pizza boxes. It’s a small thing, but you’d notice if Papa John’s got rid of it. Plus, Papa Johns implies a bunch of people named John. But they’re not all named John, as the chain has shown us. (Brant? Kiersten? Bueller?) Speaking of johns, this kind of reminds me of that Saturday Night Live sketch, “Jon Hamm’s John Ham.”

I also will note that this is a tremendous opportunity for a collaboration between indie folk-rock meta master Father John Misty on a campaign. But he’s not much of a marketing campaign collaborator kinda guy.

I also will note that the logo in the upper left corner of Schnatter’s rebuttal website, SavePapaJohns.com, lacks an apostrophe. So maybe it’s not that crucial, if the man himself isn’t taking every opportunity to declare ownership.

Further, all of this begs the question, wouldn’t the singular be Papa John and the plural be Papas John? (Hat tip to Entrepreneur Insights Editor Liz Webber for that one.)

Pike-Inc September 25, 2018 marketing Marketing No Comments »
Social Media Analysis Shows Nike Scored a Major Win With Kaepernick Ad
Is Anybody Out There? How to Get More Eyes On Your Blog Content